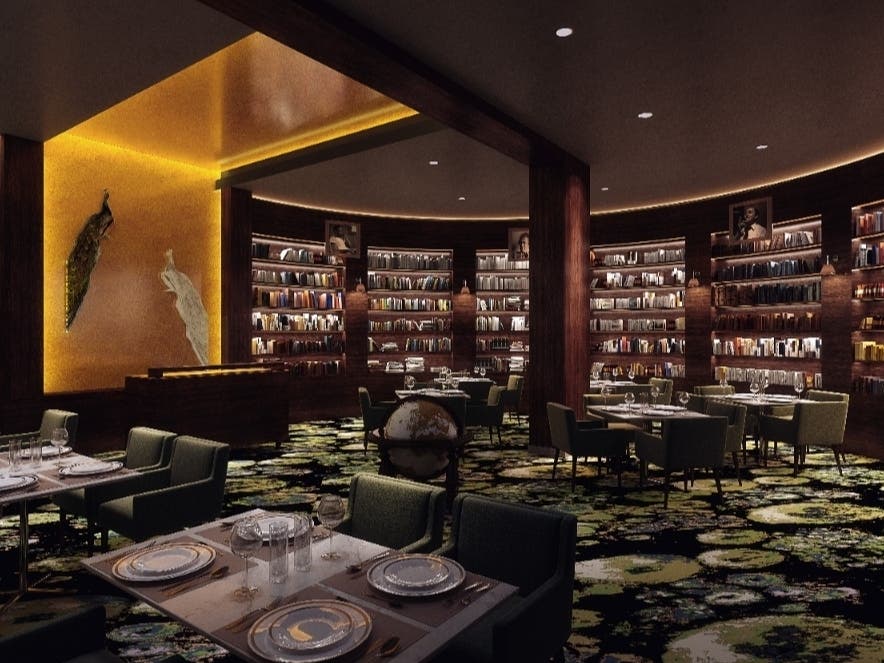 YBOR CITY, FL — With its brick streets, ornate globe streetlamps, legendary cigar factories, free-roaming roosters, Spanish architecture and multicultural roots, Ybor City is one of Tampa’s most celebrated neighborhoods. And soon it will have a new boutique hotel with a character to match.

Aparium’s Hotel Haya is inspired by its namesake, Ignacio Haya, another pioneer in the cigar industry who was known as the city’s hero for his philanthropic efforts.

Hotel Haya embodies Cuban, Italian and Spanish influences. It fuses two historic buildings with integrated new construction. One building is the ornate Las Novedades building, Tampa’s oldest restaurant, built in 1890. The other is the Warren Building where Teddy Roosevelt and the Rough Riders are rumored to have hung out before heading to Cuba.

The new hotel is designed to combine the culture, traditions and cuisine of the neighborhood’s multicultural history.

“This hotel captures the unique spirit of Ybor City and its people,” said Pablo Molinari, general manager of Hotel Haya. “It is a reflection of the community for the community. We are excited to share it with the world.”

The largest property in the Aparium Hotel Group portfolio, Hotel Haya has 178 guest rooms —most of which feature balconies, overlooking 7th Avenue, the famouse street known for its shops, bars, parades and celebrations.

Hotel Haya features exposed brick walls, a repurposed corner “HAYA” sign and contemporary and classic art, including four massive Francisco Goya reproductions, one of the most influential Spanish artists of the 18th and 19th centuries.

“There was a lot to draw from — Ybor City is a melting pot of people, food and music,” said Albert Alfonso, founding principal and president of Alfonso Architects. “We wanted a timeless, stylish sensibility that was chic but also inviting for both visitors and local people to come and gather.”

Like every other Aparium property, Hotel Haya provides locals with deep connections to their city — from design to collaborations with local businesses. Rooms will feature Chihuly-style glass-blown globes from artisans from Morean Art Center in St. Pete to mimic the streetlamps of Ybor City.

Available for purchase will be custom cigars from J.C. Newman Cigars, one of the oldest family-owned cigar companies in the country, and custom candles hand poured by Seventh Avenue Apothecary. Grown Alchemist bath amenities and Frette bathrobes and plush towels round out the in-room luxury experience.

The hotel will also feature a collaborative art initiative with USF Graphicstudio and Contemporary Art Museum. The first artist featured in the hotel’s pre-function gallery is the famed Ybor City-based artist Theo Wujcik (1936-2014).

“Our menus will include refined versions of simple but delicious dishes,” said Rodriguez. “Everything is made in-house — from the pasta to our bacon and hams to our pickled vegetables.”

Signature dishes from Flor Fina include Deviled Crab Cigars – a twist on a local favorite Cuban dish which is then rolled into a pastry shell to form a cigar shape as a nod to Ybor’s history. Also on the menu are five fresh ceviches; Signature Ribeye Tomahawk “Dirty Bone Ribeye” and a Porchetta Suckling Pig Feast to share. Most of the grill menu items include tableside preparation.

Café Quiquiriqui (pronounced KI-KI-RIKI; Spanish for the call of a rooster and a nod to the free-roaming roosters of Ybor City) will have a Cuban influence and will feature Made Coffee alongside homemade empanadas and pastries, and of course, the quintessential Cuban sandwich made from scratch.

Per the guidelines from the World Health Organization and the Centers for Disease Control and Prevention, comprehensive sanitation and social distancing measures have been implemented.