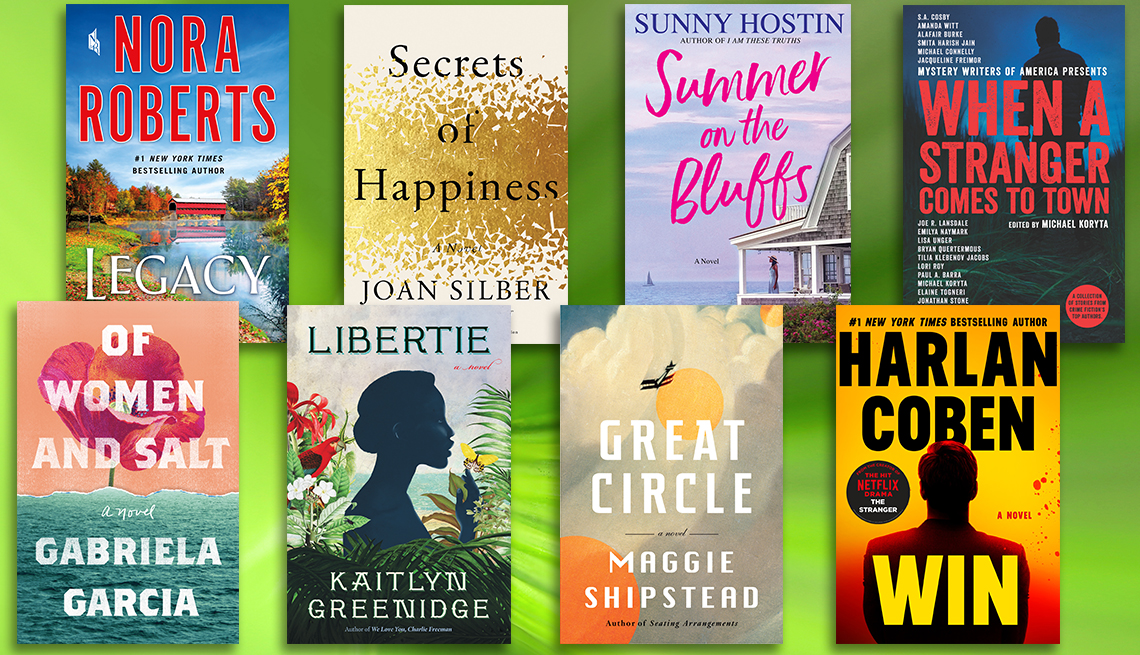 An absorbing insider’s look at the professional gamblers and casino workers in Las Vegas, living decidedly unglamorous lives, with drama that builds to an explosive end. The author, from Italy, played professional poker, which may be why his characters (including a young Italian pro player) ring true. (April 6)

The Devil’s Hand by Jack Carr

A Gambling Man by David Baldacci

The continuation of the blockbuster author’s popular series that began with One Good Deed, centered on World War II veteran Aloysius Archer, the story, set in 1949, follows Archer as he heads cross-country for a job in California; then a detour in Reno sets him on a dangerous road. (April 15)

The Woman With the Blue Star by Pam Jenoff

The author of The Orphan’s Tale writes about a young woman in the Krakow Ghetto who’s forced to hide from the Nazis with her parents in the sewers beneath the city. She meets a wealthy Polish girl, and their bond is challenged as the threat grows. (May 4)

Things We Lost to the Water by Eric Nguyen

Nguyen’s debut novel tells the story of an immigrant Vietnamese family — a woman and her two sons, whose father remains in Vietnam — who settle in New Orleans in the late 1970s and their challenges as their separation solidifies and disaster strikes the city. (May 4)

The Plot by Jean Hanff Korelitz

A true page-turner by the author of 2014’s You Should Have Known (called The Undoing in the recent HBO version starring Nicole Kidman), the novel focuses on a writing professor, Jacob Bonner, who has a student with a fantastic story idea; after the student dies, Jake makes it his own, with serious consequences. (May 11)

While Justice Sleeps by Stacey Abrams

You know her as the Georgia politician influential in the 2020 election, but many of her fans know her as Selena Montgomery, author of romantic suspense fiction. This is her latest novel — her first without a pen name — a legal thriller about a Supreme Court law clerk who gets caught up in a web of intrigue. (May 11)

The Rock Eaters by Brenda Peynado

Peynado’s debut short story collection includes wildly imaginative plots, magical realism and colorful characters. She touches on political issues and much stranger things — such as a kite maker who has complicated feelings toward dragonfly-like aliens. (May 11)