The latest from Aladino features a Habano wrapper over Corojo binder and fillers all grown at the company’s farm, Finca Corojo in Danli, Honduras. All the cigars in this release were rolled in 2015-2016 giving them aging of up to 5 years. For now the cigar is available only as a 4.5″ x 48 Rothschild with additional sizes slated in 2021. According to the company, the cigars are a throwback to the golden era of Cuban cigars which were made with the same components that make up the blend of the Aladino Vintage Selection. Will this cigar continue the streak of all-star caliber cigars from JRE Tobacco?

The Look: Packaged in 5o count boxes featuring 5 rows of 10 cigars, I wish the cigar was tied in a wheel inside the box giving it more of a vintage feel.The band has colors of brown and beige with gold foil, which is reminiscent of the Excalibur band. The Habano wrapper has a some oils present with minimal veins. In the hand the cigar has a hefty weight to its and no voids of tobacco are detectable.

The Notes: The cold draw of the Aladino Vintage Selection serves up notes of cedar, cream and a touch of wheat. The aroma from the foot is warm with a touch of spice, molasses and a hint of spice that almost makes me sneeze. Once the cigar is toasted with my Vertigo lighter, the initial notes are melba toast.

As we smoke the first third, notes of dry toast continues with a developing pecan nuttiness. Both notes are easily detectable and work together in unison with neither becoming the sole dominant profile. As the first third comes to a close the finish hints of wheat developing on the palate with red pepper on the retrohale.

Moving into the second third, the toast notes begin to fade as wheat becomes dominant with a touch of pecans in the background. The cigar has a lingering citrus component on the somewhat lengthy finish of the cigar. The retrohale sees the pepper notes fade as it increases the awareness of wheat on the palate.

As we move into the final third of this Honduran masterpiece there are continued notes of wheat with a subtle creaminess that lingers on the long finish. On the aroma the cigar serves up nuances of cedar with a subtle pepper.

The Finish: When I first smoked the Aladino Vintage Selection, I didn’t know what to make of it. It’s very different and it wasn’t what I expected. But then I smoked my second, third, fourth, fifth and so on. So after a weekend of smoking these exclusively, it has become obvious I like this cigar a lot even though it is different than what I expected. What did I expect? I expected the cigar to be an aged version of the original Aladino line, but it is so much more that. It’s a cigar that is definitely box worthy in my opinion. 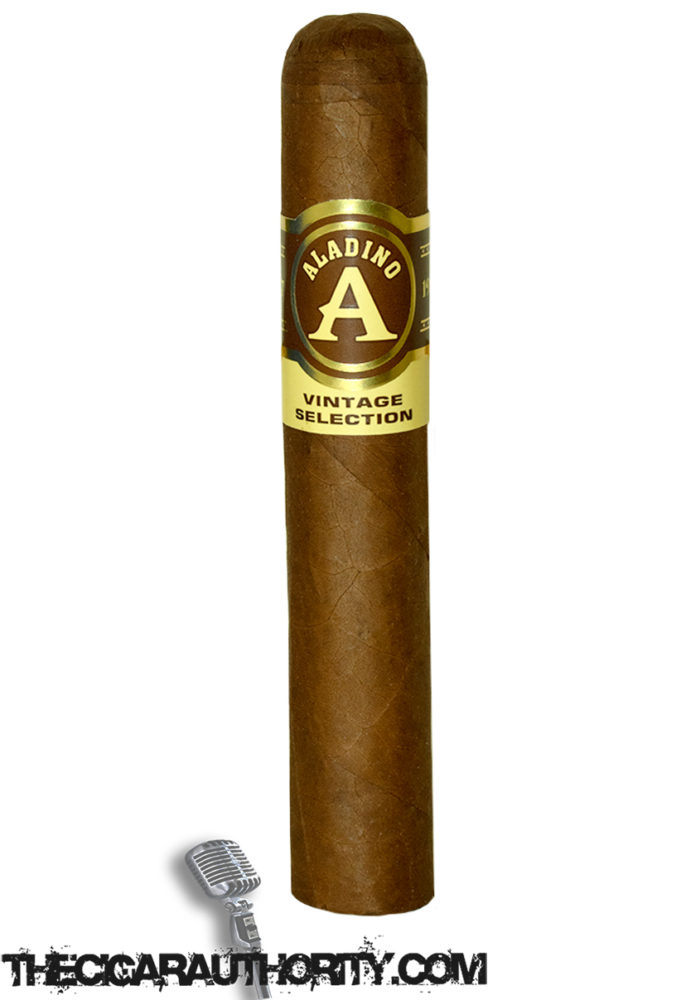 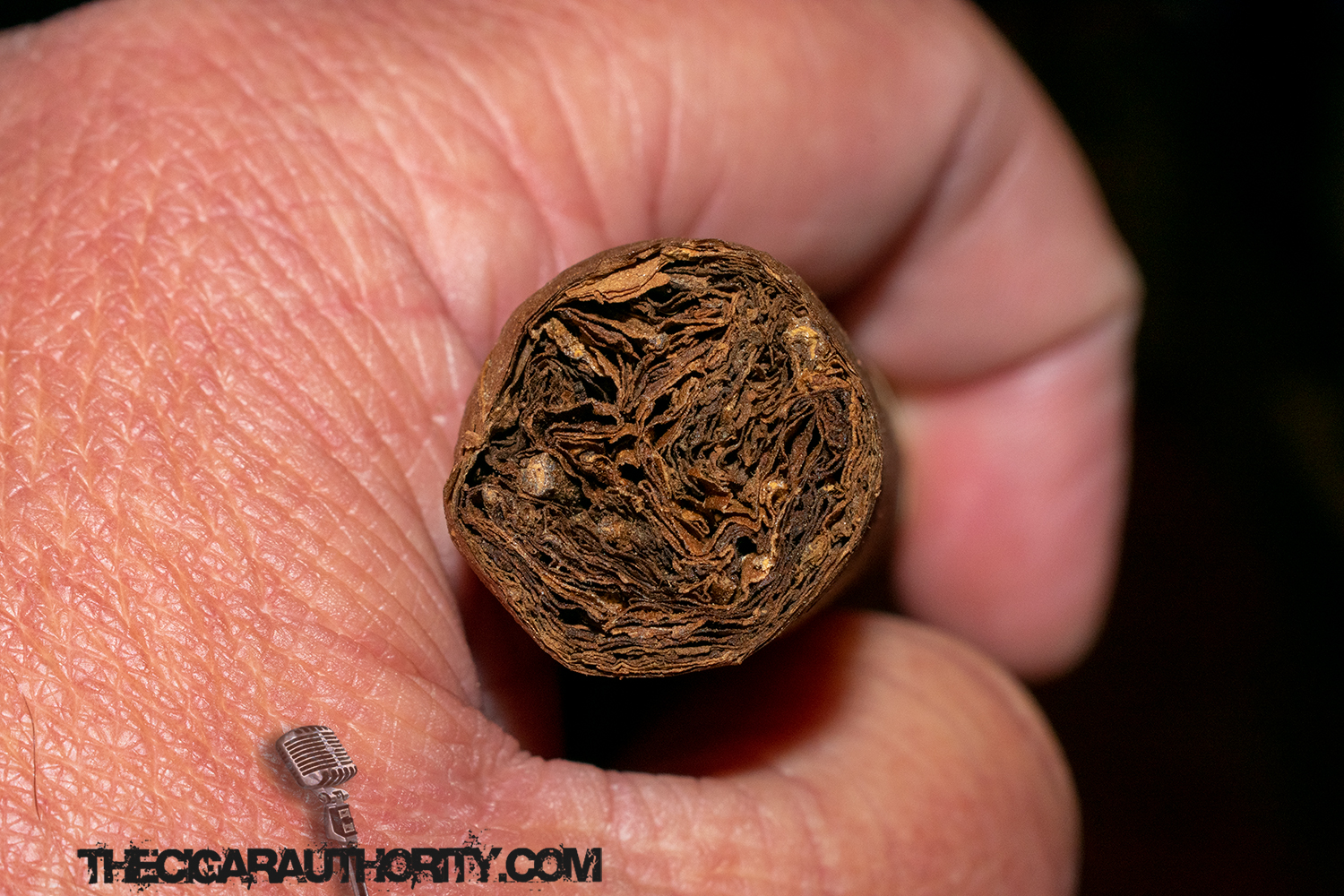 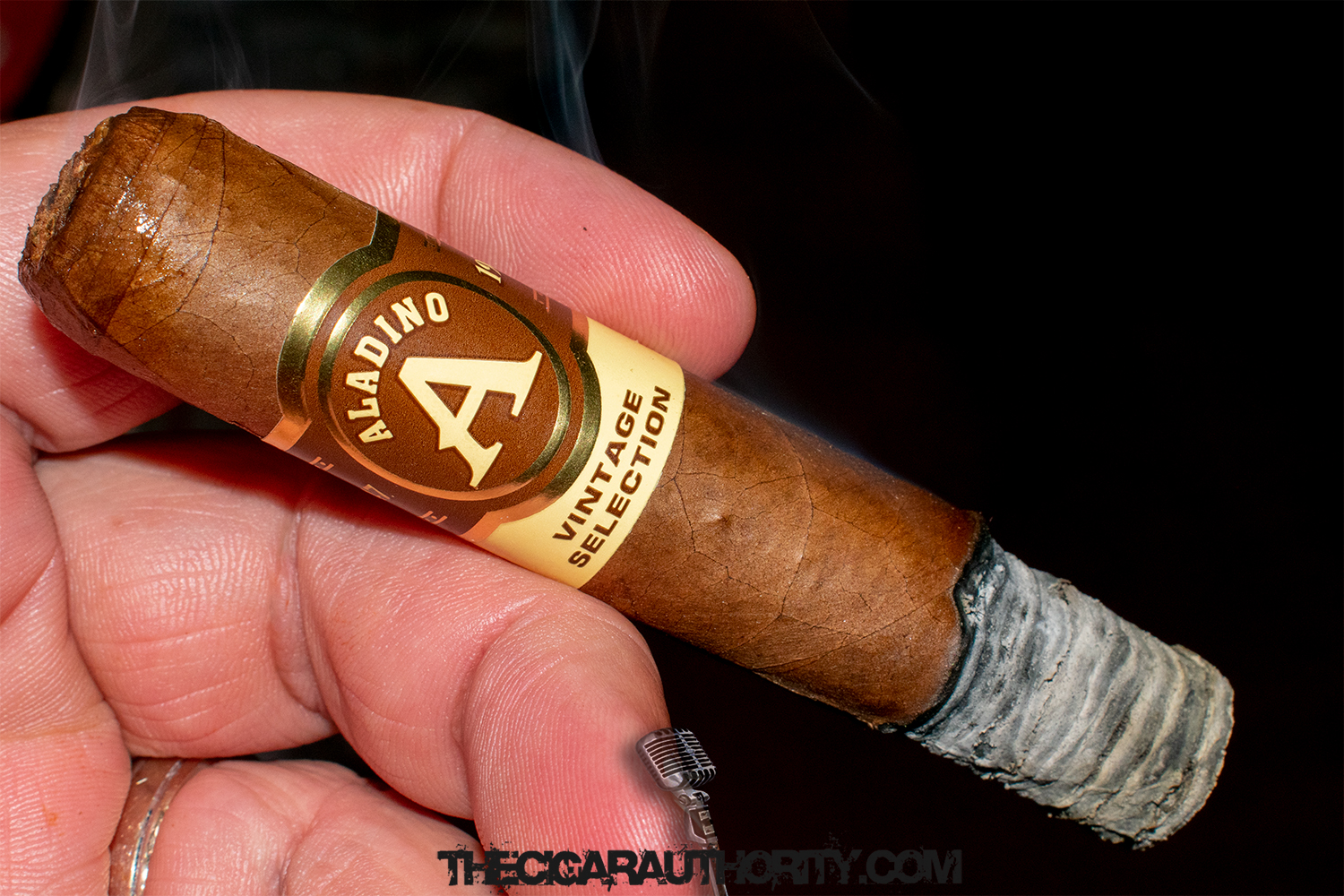