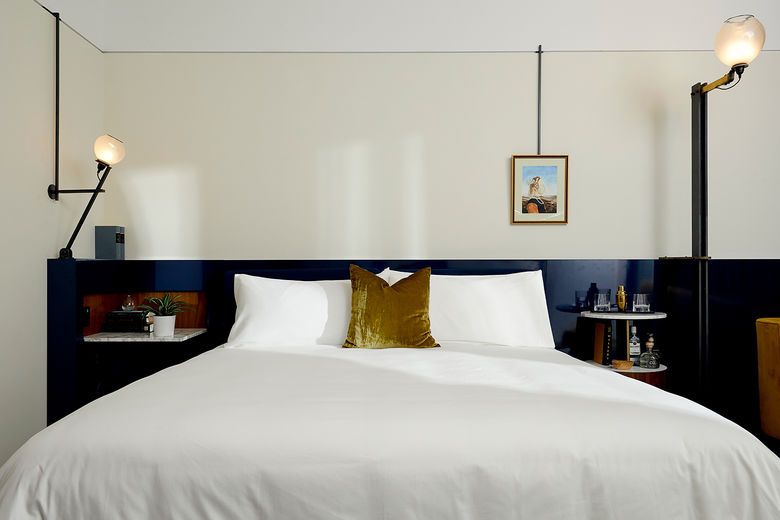 Ybor City, also known as the “Cigar Capital of the World,” owes its name to Vicente Martínez Ybor – one of the largest cigar titans to bring production from Cuba to U.S. shores in the late 19th to early 20th centuries. With it came an influx of European, Spanish, and Cuban immigrants that are credited with giving Ybor City its eclectic cocktail of culture, tradition, and cuisine unlike any other city in America. Aparium’s Hotel Haya is inspired by its namesake: another pioneer in the cigar industry, Ignacio Haya, known as the city’s hero for his philanthropic efforts.

Hotel Haya will embody everything special about Ybor City: exuberant Cuban, Italian, and Spanish influences. On a downtown street teeming with history, the project fuses two historic buildings with integrated new build construction: the ornate Las Novedades building, Tampa’s oldest restaurant built in 1890 and the Warren Building, where Teddy Roosevelt and the Rough Riders are rumored to have haunted. The largest property in the Aparium Hotel Group portfolio, Hotel Haya touts 178 guest rooms – most of which feature balconies, with some overlooking 7th Avenue, known for its shops, bars, parades and celebrations. The result is a new hospitality concept for Ybor City, a destination underserved in the luxury boutique hotel space.

Ybor City’s Alfonso Architects Incorporated, founded by Cuban born brothers Albert and Carlos Alfonso, served as Architect of Record and is responsible for the hotel’s distinct design. Guests will be immersed in “mid-century Cuban” decor with rooms featuring period fabrics and colors: warm and inviting palettes of blue, red, brown, and gold. Hotel Haya will feature exposed brick walls, a repurposed corner “HAYA” sign, and contemporary and classic art – including four massive Francisco Goya reproductions, one of the most influential Spanish artists of the 18th and 19th centuries.

Like every other Aparium property, Hotel Haya will provide locals with deep connections to their city – from design to collaborations with local businesses. Rooms will feature Chihuly-style glass blown globes from artisans from Morean Art Center to mimic the street lamps of Ybor City. Available for purchase will be custom cigars from J.C. Newman Cigars, one of the oldest family-owned cigar companies in the country, and custom candles hand poured by Seventh Avenue Apothecary. Grown Alchemist bath amenities and Frette bathrobes and plush towels round out the in-room luxury experience.

The hotel will also feature a collaborative and world-class art initiative with USF Graphicstudio and Contemporary Art Museum. The first artist featured in the hotel’s pre-function gallery is the famed Ybor City-based artist Theo Wujcik (1936-2014).

Signature dishes from Flor Fina include: Deviled Crab Cigars – a twist on a local favorite Cuban dish which is then meticulously rolled into a pastry shell to form a cigar shape as a nod to Ybor’s history, elegantly plated; five fresh ceviches; Signature Ribeye Tomahawk “Dirty Bone Ribeye” and a Porchetta Suckling Pig Feast to share. Most of the grill menu items include tableside preparation to celebrate and showcase the dishes.

Café Quiquiriqui (pronounced KI-KI-RIKI; Spanish for the call of a rooster and a nod to the free-roaming roosters of Ybor City) will have a Cuban influence and will feature Made Coffee alongside homemade empanadas and pastries, and of course, the quintessential Cuban sandwich made from scratch.

Linking Ybor City’s glorious past and thrilling future, Hotel Haya captures its magic to bring a beautifully crafted, boutique-luxury hotel experience to one of America’s most distinctive neighborhoods —welcoming guests and neighbors alike.