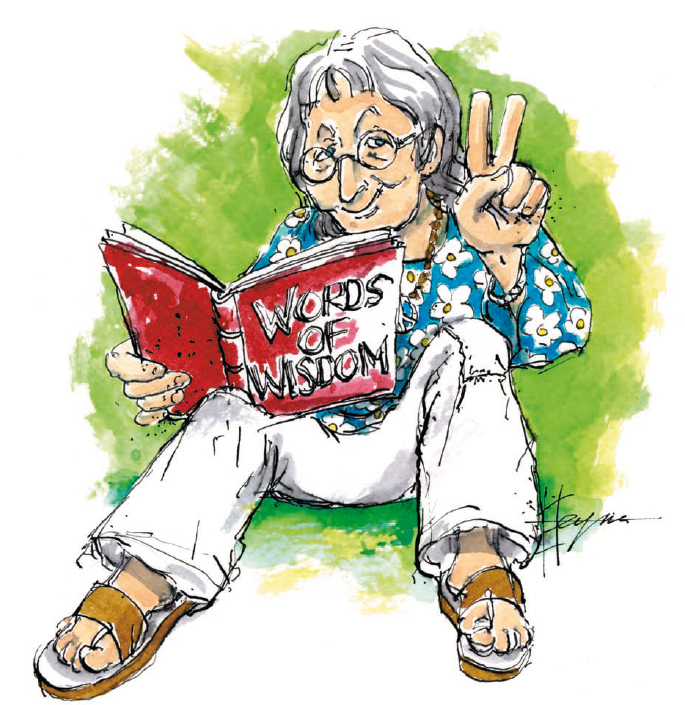 In my coronavirus state of being half asleep and half awake, my organs are starting to talk to each other. Listening to them, I’m sure I will die soon.

I already had diabetes, an aneurysm, high blood pressure, high cholesterol and cancer metastasis. Now though, as an unpleasant surprise, I have been diagnosed with asthmatic bronchitis, infections in my body and, on top of all that, I have tested positive for the coronavirus. I have also infected my dear wife Helga, my companion in isolation.

We have the same symptoms: head and neck aches, a sore throat, stomach pains, no appetite, loss of smell and taste. And we’re tired, so tired that we sleep most of the day, usually for at least 16 hours. It’s not a nice deep, soothing sleep. It’s a half awake, half asleep state larded with hectic, nightmare drifts from reality. In this middle world, I can hear my organs talking to each other.

‘Who are you?’ I hear Mr Cancer ask. ‘My name is Mrs Corona,’ a squeaky female voice replies. ‘You must be an ignorant ass that you haven’t heard of me before. I thought anybody would know me by now.’

‘So you’re just an ugly woman,’ snorts Cancer, ‘I hadn’t expected anything else.’ ‘Get lost or I’ll infect Manfred’s body a little more so he will die because of me’, Corona shouts in a shrill voice. ‘Not if I get to him first,’ Asthmatic Bronchitis butts in. ‘Let’s team up, Corona, and we can make breathing so hard for him that he has to be hospitalised, wear an oxygen mask and eventually die.’

‘No’, says the pandemic queen of the North, ‘I work alone, no partners and certainly not a temporary low-life like you.’ There is silence for a while. Only a rumble from Sir Stomach can be heard. ‘He’s also lost his appetite,’ Stomach rumbles. ‘For more than a week, I have been longing for that wonderful feeling of a well-filled stomach. I’m half-empty now and that does not feel fulfilling.’

‘That’s nothing compared to what’s happening to me,’ says the dry-oily voice of Luke the Liver, ‘He has completely stopped drinking alcohol. That has not happened since 1966, when he was 15 and I can assure you my health is going down by the day. Soon, I’ll be as dry as rock in the desert. I currently think that dying is almost something to look forward to.’

‘Well, I must say that I’m getting better all the time,’ says Lucas Lung. ‘Thanks to Mrs Corona, his cigar smoking has fallen from 15 to five cigars a day. Which is a pity, because over the decades, I have become totally addicted to nicotine, tar and the other 7 000 chemicals such as cadmium, nickel, arsenic and benzene in tobacco smoke. I really hope he gets back to his daily ration soon.’

‘You want to kill all of us?’ shout the others. ‘If we didn’t need you to survive, we would kill you instantly, like we did with the appendix years ago.’

At this point, I wake up with a shriek. I sit up and notice that sweat is running down my forehead, temples and down my neck. Next to me, I see Helga sleeping soundly in Morpheus’ arms. I slip out of bed so as not to wake her and go to the living room. I pour myself a double single malt Scotch whisky and light a giant Cuban cigar. Then I put on Life of Brian, my all-time favourite movie by Monty Python’s Flying Circus. Life isn’t going to get me down without a fight.