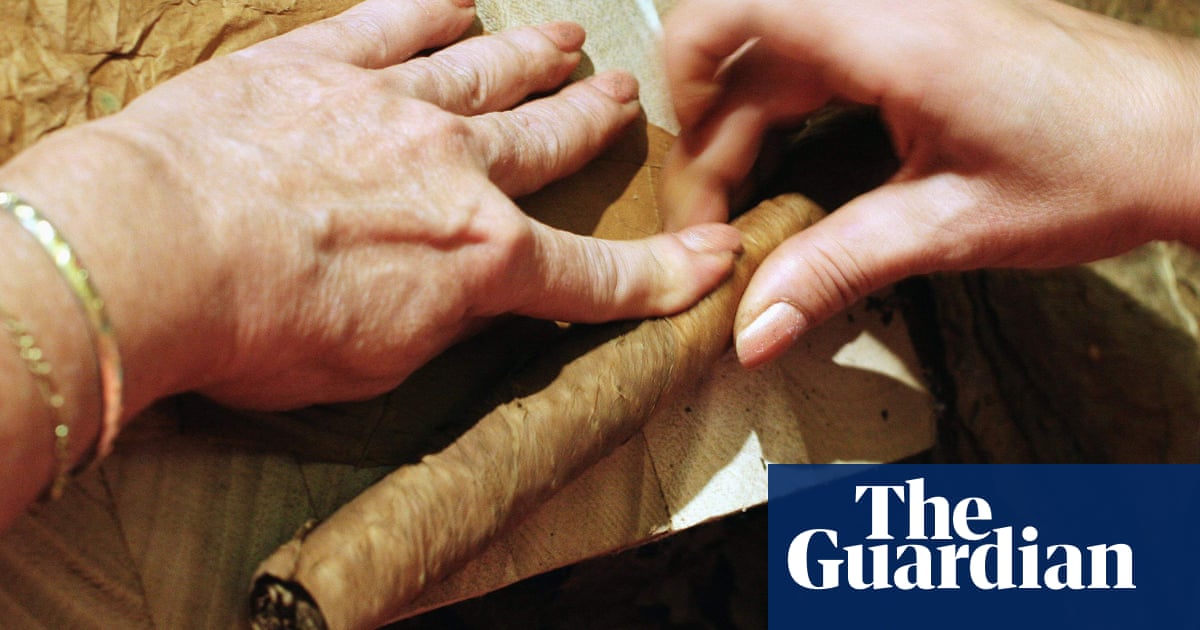 The Cuban government has accused Brazil’s far-right president of depriving Brazilian smokers of “the best Habano cigars in the world” as part of a “servile and perverse” US-backed campaign against the communist-run island.

Jair Bolsonaro has made attacking authoritarian regimes a mainstay of his discourse since taking office in January – providing they are leftwing.

And some suspect that hostility lay behind recent moves by Anvisa, Brazil’s answer to the Food Standards Agency, to ban the sale of Cuba’s flagship Cohiba cigars. The decision was reportedly based on the discovery that one batch of imported Cohibas contained an excess of sobric acid.

“A ridiculous pretext,” he tweeted, adding: “Perhaps [Bolsonaro’s government] was given some instruction from Washington to contribute to the blockade of Cuba.”

A journalist for Cuba’s state-run newspaper, Granma, branded Brazil’s move a crude, servile and perverse “manoeuvre … which was suspiciously in tune with United States government’s policy to intensify its criminal economic, commercial and financial blockade” of the Caribbean island.

The journalist insisted only the finest tobacco leaves were used to make Cohiba cigars, which were created in 1966 for Cuba’s then leader, Fidel Castro.

There was also criticism of the move in Brazil, with one leftwing website claiming the “totally political and ideological” ban was clearly linked to Bolsonaro’s “vulgar” opposition to communism.

In a statement to the Folha de São Paulo newspaper Anvisa said its analysis of cigars was routine and applied “strictly technical criteria”.

The director of the Brazilian importer whose Cohibas had fallen foul insisted his company handled only “100% natural” products.

Relations between Havana and Brasília have soured dramatically since Bolsonaro took power.

Even before the far-right populist’s inauguration, Havana announced it would recall thousands of Cuban doctors working in Brazil as part of a health program launched under its former leftist president Dilma Rousseff.

In one interview Bolsonaro hinted he was considering closing Brazil’s embassy in Havana, although he has yet to follow through. “What business is there to do with Cuba?” he asked.

The president’s son, Eduardo – who many regard as Brazil’s de facto foreign minister – last year said he hoped Brazil could host an international tribunal “to judge the crimes against humanity committed by the Cuban regime”.