“State Guests in China,” an exhibition featuring more than 100 pictures captured by Xu Gengshun, is under way at Zhijiang Cultural Center through October 8.

Born in 1949, Xu was the official photographer at Jin Jiang Tower Shanghai in the 1980s. During his tenure, nearly 800 foreign presidents, first ladies and celebrities stayed in the hotel, including former US presidents George Bush and Bill Clinton.

“To grasp a golden opportunity of capturing these heavyweights in my camera demands patience and quick decision-making. And sometimes you get only a fleeting moment,” Xu said.

“You have to find the best timing and a perfect venue for such pictures.

“For example, it would not be a good moment if the guests looked serious or exhausted with a cup of coffee in hands.”

Xu revealed his favorite picture is one taken with Cuban President Fidel Castro.

“Castro had extremely tight security that I nearly wanted to give up,” he said. “However on the last day when Castro was about to leave the hotel, I finally got approved for a picture with him. Castro was really robust and I used my body language to communicate with him. He was very happy and sent me a cigar as a gift.”

For Xu, every picture has a special memory that makes him feel accomplished.

“I have nine big leather suitcases full of the pictures I have shot in the past three decades,” he said. “Now I am glad to share my precious memories with these characters in my lens to the public.” 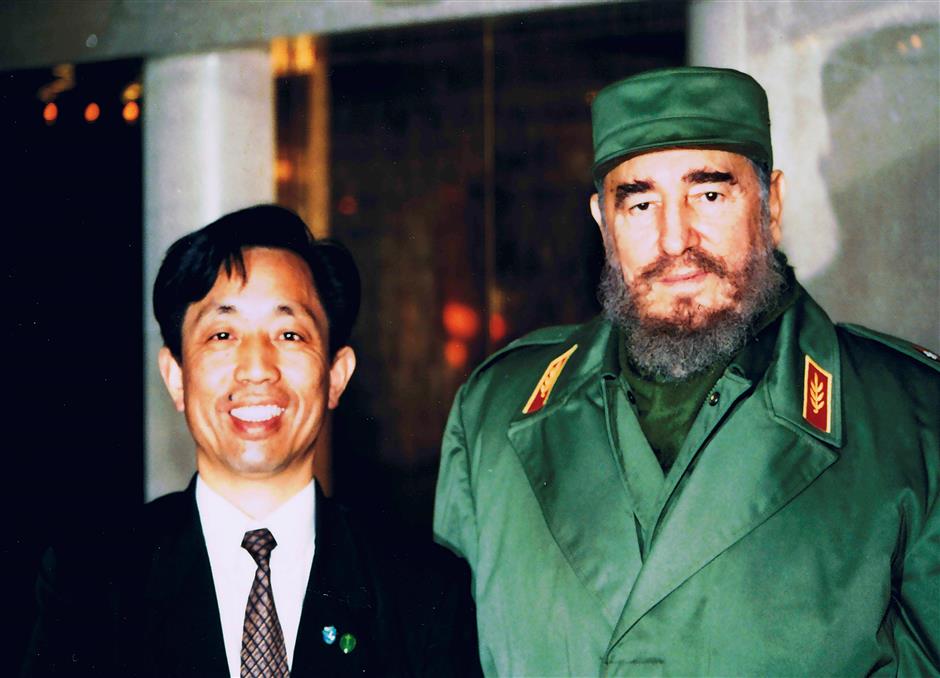