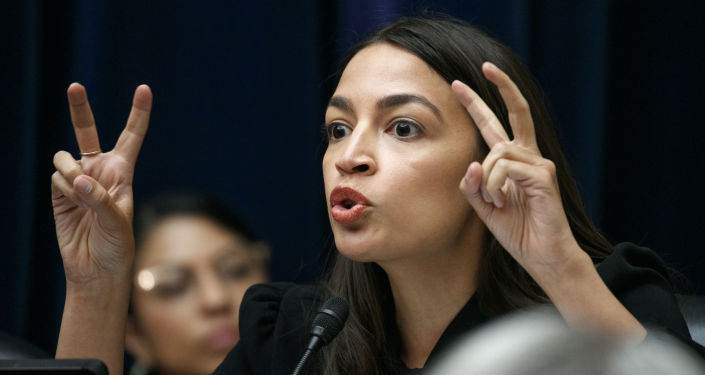 Democratic Party New York Congresswoman Alexandria Ocasio-Cortez accused her fellow party members of not putting in enough of an effort to win over Latino voters after presidential nominee Joe Biden lost in Florida.

In 2016, Clinton won Florida’s largest county Miami-Dade by about 30 percentage points, despite losing Florida. Democrats didn’t expect 2020 nominee Joe Biden to do quite that well but in the end he fell well short of expectations, according to the Miami Herald.

“This mini red wave came through. It was a foreseeable trainwreck for Democrats when you saw Cuban Americans,” said Guillermo Grenier, a pollster and Florida International University professor told Politico.

“The air you breathe here is Republican. It’s hard for Democrats to show up here and try to create a different atmosphere,” Grenier added.

Biden under performed with Latinos, at least in Miami-Dade County. Thank the Cubans who gave Trump half of his total votes in the county. Us Cubans..we never forget but we never learn.

Trump insulted but then boosted the Latino vote https://t.co/YLsVYDKKUt via @financialtimes

Biden’s poor performance among Latino voters in Miami-Dade may well have cost him the state.

“I won’t comment much on tonight’s results as they are evolving and ongoing, but I will say we’ve been sounding the alarm about Dem vulnerabilities w/ Latinos for a long, long time,” Ocasio-Cortez tweeted.

The congresswoman added, “There is a strategy and a path, but the necessary effort simply hasn’t been put in.”

“We have work to do,” Ocasio-Cortez said in a follow-up tweet where she linked to a Yahoo News article headlined, “Biden campaign doesn’t consider Latinos ‘part of their path to victory,’ political operatives say.”

​About 500,000 Cubans, most of them business people and professionals, arrived in Miami during a 15-year period after the Cuban Revolution. Cuban Americans make up the largest share of Latino voters in Miami-Dade, and also have a strong turnout rate, at 58 percent, compared to other Latino groups.

Recent Cuban immigrants tend to support the GOP in large numbers. According to an FIU poll, 53 percent of Cubans are registered as Republicans, but among those who arrived between 2010 and 2015, 76 percent say they are registered Republicans.

Trump has campaigned heavily in Florida since he was elected, traveling to the state multiple times for rallies and events.

President Trump unveiled a new policy toward Cuba in 2017, introducing new sanctions and rolling back efforts to normalize relations, a move that also went down well with many Cuban voters in Florida. Tougher sanctions were introduced earlier this year.