Cohiba has that mythical aura about it, but is that always a good thing?

A friend recently raised an interesting concept. There is, in his view, a perception that anyone smoking a Cohiba will immediately be assumed to be what we in Australia would call a tosser or wanker (honorifics that surely need no translation wherever you are).

I was surprised. I know many lovers of Cohibas, and whether or not they fall into those categories has little to do with the cigars they smoke.

Anyway, it was an issue we failed to resolve, as so many before it, but as he had brought a couple of one of Cuba’s most famous cigars to the debate, all was forgiven.

The cigars in question were Cohiba Robustos ($550/box of 25) – or CoRos as they are commonly called.

I have covered the fabulous history of Cohiba and its links to Fidel Castro on several occasions here, so I will not inflict that upon you again.

As for the CoRo itself, it was introduced in 1989 at a function at the Ritz in Madrid, along with the Exquisito and the Espléndido, and was a large part of the explosion of interest in robusto-sized cigars that permeated the 1990s.

These cigars have a ring gauge of 50 mm and a length of 124 mm. At the time they were introduced, they had the largest ring gauge of any Cohiba cigar. The trend to fatties (and with reference to the move to ridiculously whopping cigars, I mean that with all the disrespect I can muster) has meant that today CoRos look positively anemic. 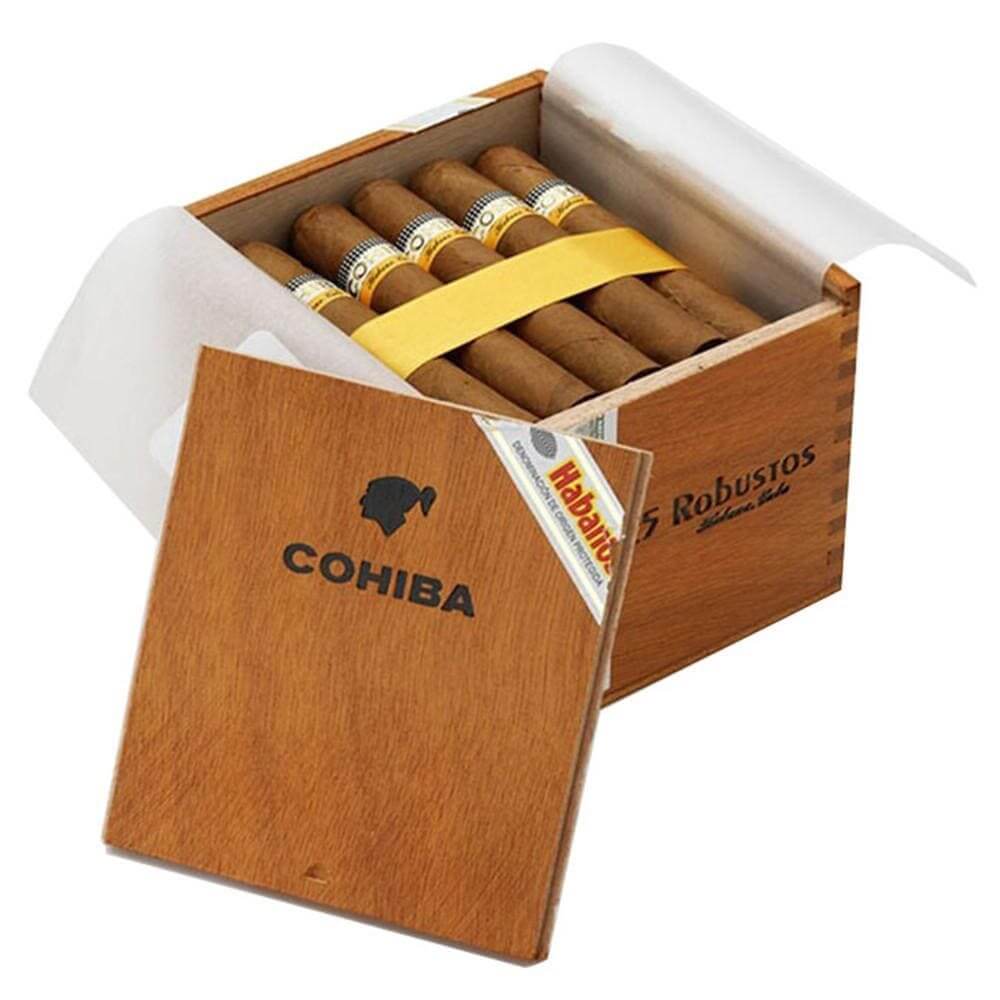 They are usually purchased in varnished boxes of 25 with a slide lid. From 2003, it has been possible to get a set of five cardboard packs with three cigars in each. From 2014, similarly sized five packs of 15 in aluminum tubes have been available.

The Cubans are not terribly forthcoming with data about their cigars (they make the Champenois look positively garrulous with information), but we are told that the tobacco used to roll CoRos is from among the finest harvested, selected from five of the best farms in the Vuelta Abajo region. Needless to say, the names of the specific farms are considered a state secret.

These are cigars that will age superbly. They can be a joy when young, but do not be afraid to put them in the very depths of your humidor and leave them there for an extended period. For many, they are the ultimate robusto and among the very best from the Cohiba stable. However, as with every cigar, this is not necessarily a unanimous opinion, but they have been described as the benchmark against which all other cigars must be judged.

I’m not sure that I am completely onboard with that, but it does show how highly Cohiba Robustos are regarded. Wherever you place them, for me they are one of Cuba’s finest by any standards.

What is key, as it is with every Cuban cigar, is to ensure that you only buy from a trusted retailer and, if possible, you have the opportunity to examine the box before purchase or have an expert do so. All Cuban cigars are not equal.

This was never driven home to me more clearly than on an early visit to Cuba. I’d had mixed results with CoRos to that stage – some terrific, some average, and even a few that failed to impress. I was at the Partagás factory (as well as making different cigars, most factories also sell a range from the various houses as well as their own), catching up with a good friend and superstar roller, Hamlet Parides. I mentioned what I was chasing to Hamlet and it was rums down and on with the hunt.

Hamlet would have checked 25 to 30 boxes of CoRos for me in the search for the best box he could find. I’ll confess that in those days they all looked the same to me, but not to Hamlet. As he checked through the cigars in each box, I got a masterclass in the smallest differences between cigars.

Finally, with apologies to Meatloaf, he found the Coupe de Ville hiding at the bottom of the Cracker Jack box. The rule of thumb is that if you purchase a box of 25 cigars and 20 of them live up to expectations then you have defied the odds and should consider yourself lucky (imagine if one out of five cartons of milk or one out of five car tires were not satisfactory – would we think that acceptable? And yet we consider it a success with Cuban cigars).

The box selected by Hamlet was exemplary. Every single one was a stellar example of what a CoRo can be. I have been a devoted fan ever since.

What to expect from a Cohiba Robusto

Cohiba Robustos are well constructed, with an array of flavors including caramel, nuts with hazelnuts to the fore, a hint of ginger, a balanced vanillin/woody note, leather, even lemongrass. Some describe a sweet and spicy character though I’m not sure I’ve really ever tasted that.

A good one will be all about the balance. Nothing out of place. The flavors will linger but never intrude. The ones my friend provided, we agreed, sat around the 94 to 96 mark.

For me, scores will vary from around 93 at the bottom of expectations, and anything less is disappointing, to 98 for those occasions when one really does sing. But a box of cigars scoring in that range is exactly why these cigars are so loved by so many.

Cohiba Espléndido Cubans: For Many, It’s The King Of Cigars

Cohiba Maduro 5: Some Of The Most Faked Cigars In The World (For Good Reason)