During World War Two, President Franklin D Roosevelt described the USA as “the arsenal of democracy”. Only a couple of decades later, Fidel Castro was busily turning Cuba, only 100 miles from the US mainland, into the factory of revolution, exporting armed struggle around the world. It made his country a geopolitical player out of all proportion to its size, at the cost of violently antagonising the Americans.

Castro’s militant interventions in Algeria, the Congo, Angola and El Salvador were covered in the first part of this documentary (made by factual programming specialists Brook Lapping for BBC Two), but this second instalment moved us forward into the 1990s and the aftermath of the collapse of the Soviet Union. With Soviet funding now cut off, Cubans found themselves deprived of such staples as food and petrol, and there were previously unheard-of street protests against the revered Castro. He was forced to develop new soft-power strategies (pictured below, Castro in 1963). 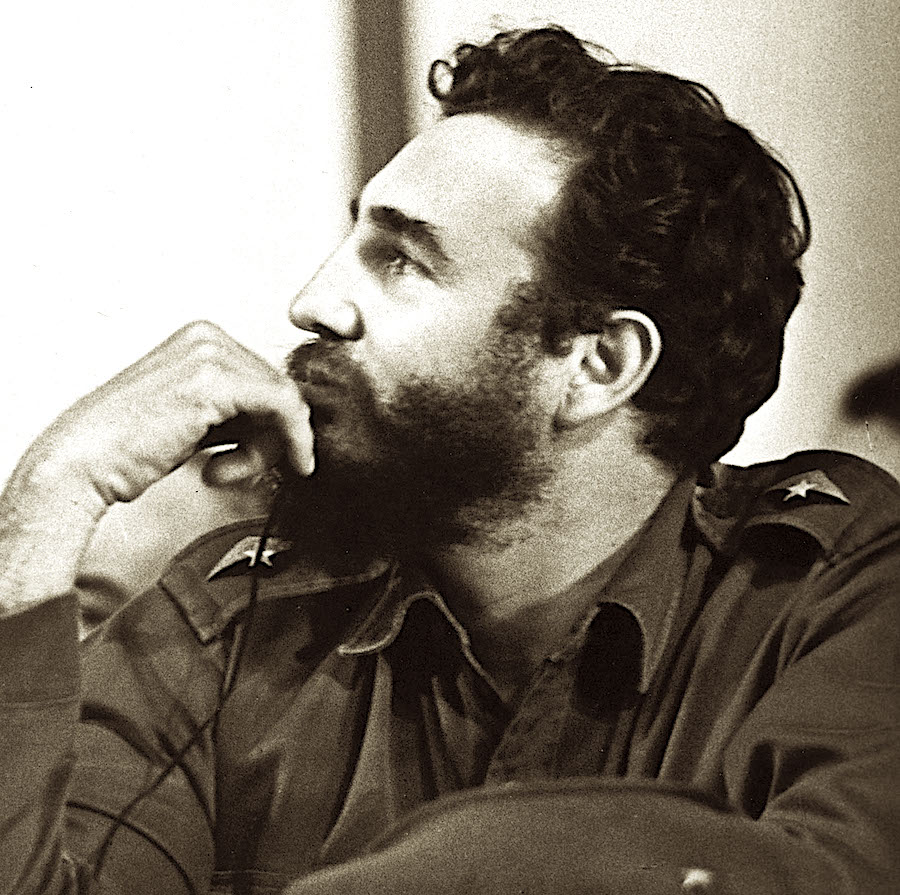 These films revealed little about Castro’s private life or multi-faceted personality (he used to copy-edit the manuscripts of his friend, novelist Gabriel García Márquez, for instance), other than his hardline determination to bring socialism to the oppressed masses, and there was no mention of the executions, torture or arbitrary imprisonments that were hallmarks of his regime, especially in its early years. A cuddly old uncle with beard and ever-present cigar he emphatically was not. But they did offer fascinating evidence of Castro’s political cunning and foresight.

For instance, his answer to America’s trade embargo against Cuba and the loss of Russian patronage was to identify Hugo Chavez as Venezuela’s coming man, Castro’s friendly overtures paying off when Chavez became president and sold Cuba oil at a huge discount. Again, putting military adventurism behind him, Castro used Cuba’s doctors and teachers as his new “footsoldiers of revolution”, sending them to do good works around latin America. This earned international support that would help to persuade President Obama to lift the anti-Cuba embargo in 2015, 55 years after its imposition.

A highlight was an entertaining interview with Bill Clinton, who’d had a nightmarish experience with rioting Cuban immigrants when he was Governor of Arkansas (“everybody was out in their yard wanting to shoot a Cuban,” he recalled), and had further fraught negotiations with Castro after he’d become US President. This was a very watchable slice of history, though marred by its rather too rose-tinted portrait of its ruthless and uncompromising subject.