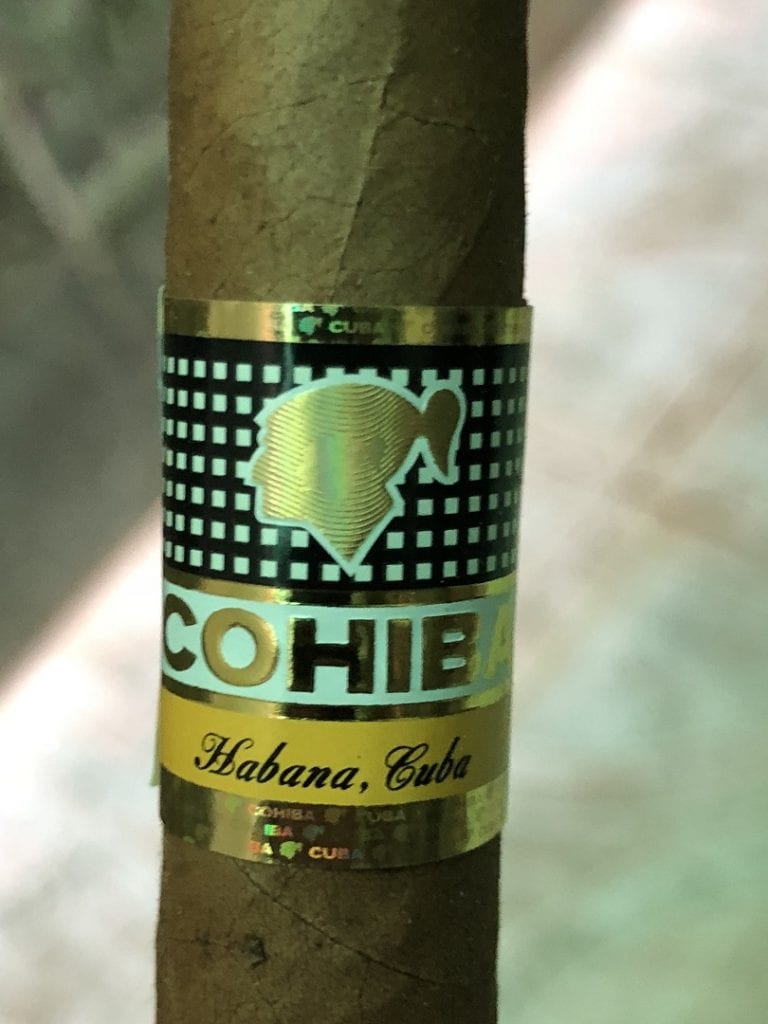 The authentic and highly desirable smokes use Cuba grown tobacco and are rolled by hand on the island in a process that involves over 500 manual tasks. The tradition has been around since aboriginals known as the Cohibins began rolling tobacco as early as the late 15th century and has survived the economic turmoil of multiple revolutions.

Today, however, it is estimated that almost as many ‘fake’ cigars are sold in tourist scams than real ones. To make matters worse, they are often not marketed as fakes, but rather original cigars that a factory worker was ‘given as part of his salary’ or has managed to ‘smuggle out of work’. The large majority of people who first fall for this trap, me included, are under the impression that they are purchasing the real deal.

It takes a pretty well-trained eye to be able to identify some of the counterfeits as fakes without having the genuine article in hand to visually compare it to, so it is easier than it might sound to be fooled. Even the recently released Netflix documentary ‘Cuba and the Cameraman’ featured a man selling boxes of Cigars that he had ‘stolen from the factory’.

The film makers knew no better and rather than be presented as a scam, the plot was shown to be a cheap way of picking up some proper cigars. Obviously, as it took the form of a documentary, I believed it. In fact, the scale and lure of this scam is now so comprehensive that I was actually offered some fakes by an official TOUR GUIDE at the end of a cigar factory tour.

The money is so lucrative that people are getting away with doing it right under the noses of official government entities. Annoyed at having been scammed, I spent the ensuing weeks investigating the matter. Learning the details and nuances of the system so that I can help others steer clear of the expensive hole I fell into. 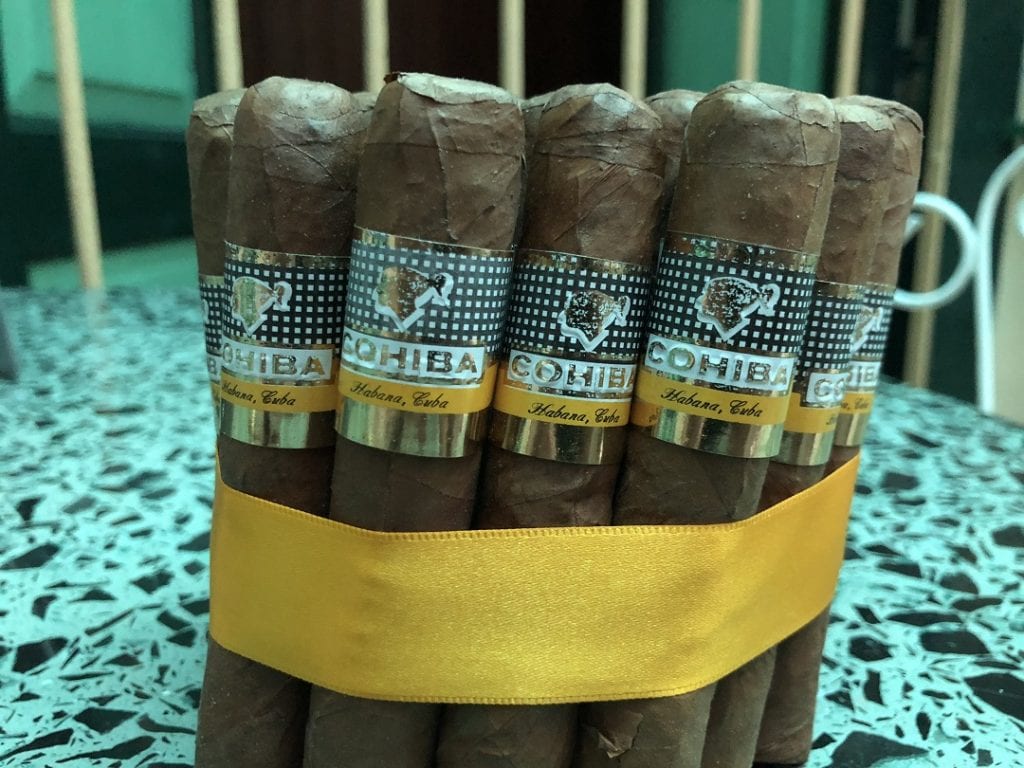 Firstly, I must clarify that the cigars being sold are not actually fake cigars. Rather, they are fake ‘Cohibas’, ‘Montechristos’ or any other original Habano marque that they seek to replicate through false labelling and packaging. You see Habano Cigars are Cigars made from tobacco grown in a specific region of Cuba. Think Champagne – there are many sparkling wines, but only those made with grapes grown in the specific region of France can constitute Champagne.

The so-called-fake cigars are made with Cuban tobacco and, although not universally, are rolled by hand just like their expensive counterparts. Saying this, the process of rolling and production is nowhere near as pedantically monitored and controlled by the Cuban government. While this does mean that with some good haggling you can pick up a box of counterfeit Cohibas off the street for around $60 as opposed to the in-store, original price of over $350, it also means that you are taking a risk every time you light one up.

As a local cigar expert explained, the unregulated process occasionally allows for poor quality or even dangerous tobacco to end up in the cigars. So here are a few things to understand that will help you avoid being scammed. After all, with US tourists now being able to take up to 100 cigars back home from a visit as opposed to the previous limit of 50, it’s worth knowing your facts to ensure that there is little chance you’ll walk away with low quality, possibly even machine manufactured cigars. 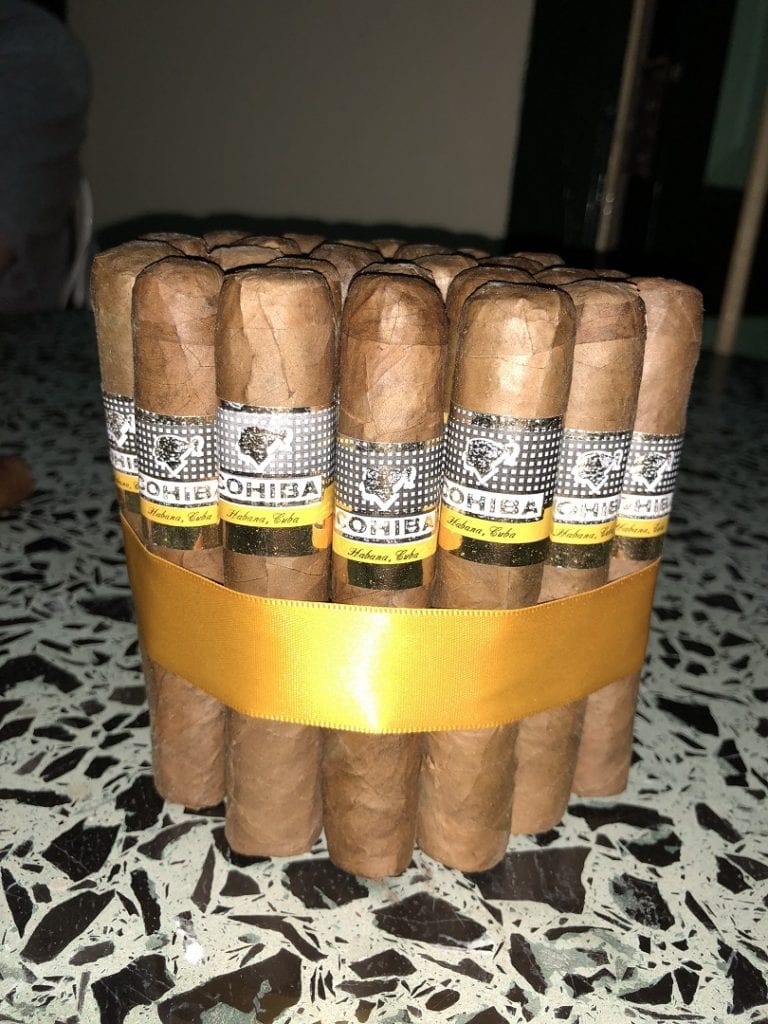 To start, a basic understanding of the Cuban economy will significantly decrease your chances of getting scammed. It is a fact that the price of ALL Habano Cigars is set by the government. If you’re offered a box of Cohibas for $150 less than market price, they are almost certainly not originals.

Secondly, knowing what the average factory worker makes invalidates the very common ‘I am given these boxes as part of my salary’ story. I spoke with a man who works at the ‘Rey del Mundo’ factory, and he told me that his monthly salary is around 320 Cuban Pesos. This translates roughly to around US $13, so it makes absolutely no sense for him to be gifted $700 worth of product in the form of two boxes of luxury cigars every month. It just doesn’t happen. A general rule is that if you are buying them off of the street or out of someone’s front room; they are fake.

Still, if you are still not sure of the validity, there are many ways to tell from the actual Cigars. The box should help. The real deal will have a three-letter code printed on it like ‘TES’, denominating its factory of production as well as the date in the form of another three-letter abbreviation of the month and the final two digits of the year. The label that seals the box also contains a hologram – something that the counterfeiters simply cannot reproduce. If you are still curious you can inspect the actual cigars.

Arguably the biggest clue is in the label. Real Cigars will have beautiful and often intricate labels. Cohiba have even upped the detail on their labels as of late to help differentiate from the fakes. You’ll notice that the real cigars have a small head within the bigger gold head on the label, as well as ‘Cohiba’ written over and over again in gold bands at the top and bottom of the label. Even without such details, fakes should be easy to identify. If the label is faded or not perfectly clear in all places, chances are they are not real. 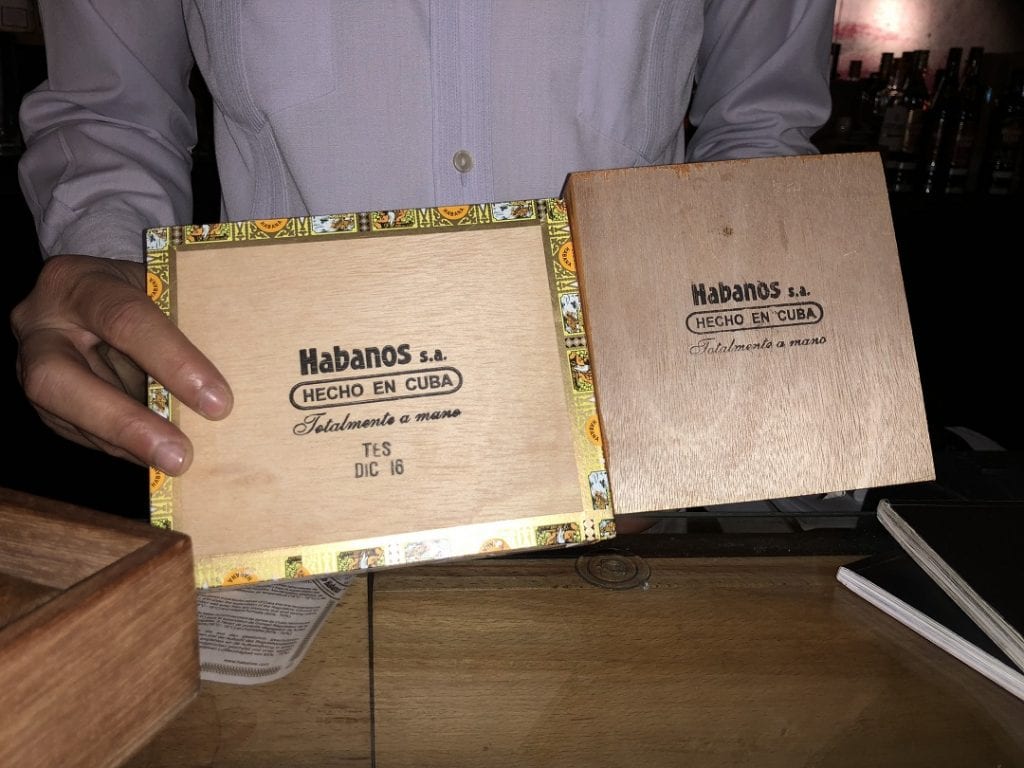 Finally, if you are still questioning the legitimacy of the product in hand, the actual cigars should be your final clue. All the tobacco should be rolled in the same direction, and the cigar should feel very dense when you press on it. The fakes I bought are easily squished. If you run your fingers around the cigar, gently applying pressure to all areas, you should find no sections that feel uneven or hollow – like a smooth road. My counterfeit cigars feel more like a teenager’s face than anything else. And I can vouch for this, as I am in fact a teenager.

A proper Cuban cigar is something that can and should be enjoyed to the last puff. They are the final result of a long and painstaking process that involves countless hours of labor. It is an industry that Cuba is rightfully very proud of, so do yourself a favor and buy some proper Habanos. It’s an authentic Cuban experience that should not be overlooked if you’ve already made the effort to come out here.