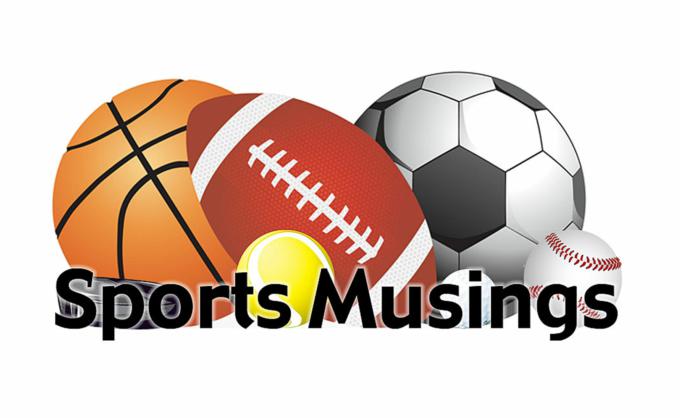 Help us expand our reach! Please share this article on social media

… each time he set foot on the field virtually every man, woman, and child in Fenway Park — joined, I am sure, by a good many of those watching at home — began chanting their lyric salute to him.

If you’ve got enough mileage on you to have heard that chant reverberating through Fenway Park four decades ago, then you can still, to this very day, hear the echoes of it in your mind as you think back to those magical days and evenings when Luis Tiant of the Boston Red Sox — he of the Fu Manchu mustache, the barrel-chest and, yes, a bit of a barrel-belly, too — mesmerized opposing players and teammates alike (to say nothing of the gaping spectators) with a windup that featured him turning his back completely on the batter at the plate, raising his head to gaze at the heavens, hesitating for a moment, then spinning to deliver any one of a number of different pitches for a strike.

“Did you see that?” “How’d he do that?” Those were just some of the reactions of those who were witnessing Luis in action for the first time. Then, several seconds later, by God, he’d do it again. Boy, was he fun to watch. We loved it. As we learned more about the man himself — the sacrifices he’d made; the adversity he’d overcome; the unparalleled good humor with which he faced his greatest challenges; and his big-game toughness — we fell in love with him, too. All these years later that love has never faded.

He is the most beloved living Red Sox of them all.

Luis Tiant turned 80 years old on November 23. A few nights before that, the Great Fenway Park Writers Series held a Zoom event that featured his memoir, “Son of Havana,” written with Saul Wisnia. It turned into a birthday celebration to remember. Several of his old teammates and contemporaries sent video greetings, including Carlton Fisk, Fred Lynn, Dennis Eckersley, and Orioles great Jim Palmer. Red Sox president and CEO Sam Kennedy opened the program by attesting to how much Luis has meant to the organization for all these years. Kennedy’s predecessor, Larry Lucchino, seconded the motion.

There were stories about the old days, like how Luis would step into the shower after a game with a lit cigar and emerge soaking wet, but with the cigar somehow still dry and still lit.

The star of the proceedings was Tiant himself. Under gentle prodding, he told stories about not being able to return to his native Cuba because the Castro regime would not have allowed him to leave the island again to pursue his dream of playing in the major leagues; and about his isolation from his white teammates due to the blatant racism of the deep south as he worked his way through the minor leagues, but also of being isolated from his Afro-American teammates due to the language barrier. Luis spoke no English when he first arrived in America, and teams, especially in the minor leagues, were not staffed with interpreters. He was on his own in a hostile land.

When he did make it to the big time, Tiant became a major star with his blazing fastball and deceptive delivery. In 1968, he won 20 games for the Cleveland Indians and led the American League with an ERA of only 1.60.

Then, the bad times hit. He hurt his shoulder in 1969, and the problem was never properly diagnosed. Left to fend for himself, he bounced around, found himself back in the minors, and eventually with the Red Sox, for whom he had a record of only one and seven in ’71.

Then, in 1972, his years of hard work to attain stardom once again started to pay off. He began feeling like his old self again. Beginning in August of that year, he went on a torrid hot streak, going 11 and one through the end of the season and leading the Sox to within a whisker of the American League East championship. The Age of LOO-EE! LOO-EE! Had begun.

From then until the end of 1978, each time he set foot on the field virtually every man, woman, and child in Fenway Park — joined, I am sure, by a good many of those watching at home — began chanting their lyric salute to him. His is a great story, and “Son of Havana,” under the expert guidance of his writing partner, tells it beautifully, including the heartfelt tale of the visit from Cuba of Luis’s parents in 1975, after being separated from their only child for 14 years, to see him pitch in the World Series. It was especially meaningful to his father, Luis, Sr., who was a great pitcher in Cuba and in the Negro Leagues in America, and who would certainly have pitched in the major leagues but for the color of his skin.

It should be noted that the event honoring Luis was greatly enhanced by the presence of Kat Williams, the author of another book about a Cuban ballplayer who immigrated to America. Isabel “Lefty” Alvarez came to America a decade before Luis and played in the All-American Girls Professional Baseball League, made famous by the classic movie “A League of Their Own.” Her story gives added meaning and depth to that of Luis.

Luis was known in those days, as he is now, for his finely tuned use of humor. It was a tool he used to keep things light in the clubhouse and to motivate his teammates. Pudge Fisk, his old battery mate, has particular affection and esteem for him, and Pudge tells a wonderful story about how funny — and motivational — El Tiante could be. In a big game against the Yankees, Reggie Jackson managed to get hold of a Tiant fastball and launched a tremendous drive toward dead centerfield. As his teammates turned to glumly watch the ball sail deep into the centerfield bleachers they heard Luis, in his high-pitched Cuban accent, hollering from the mound, “Go foul! Go foul!”

To a man, each of them almost fell to his knees in laughter. When the team came into the dugout at the end of the inning, everyone was still laughing about what Luis had yelled. He had turned a downer moment into a unifying one and had put his teammates into a perfect frame of mind to get back the run Jackson had produced and more. No wonder everyone who ever played with him loves him so much.

The fact that Luis Tiant is not in the Baseball Hall of Fame is inexcusable. But, as his old teammates and his lifelong fans will attest, it’s not Luis’s loss, it’s the Hall’s.

Happy Birthday, Luis. We love ya.

Help us expand our reach! Please share this article on social media