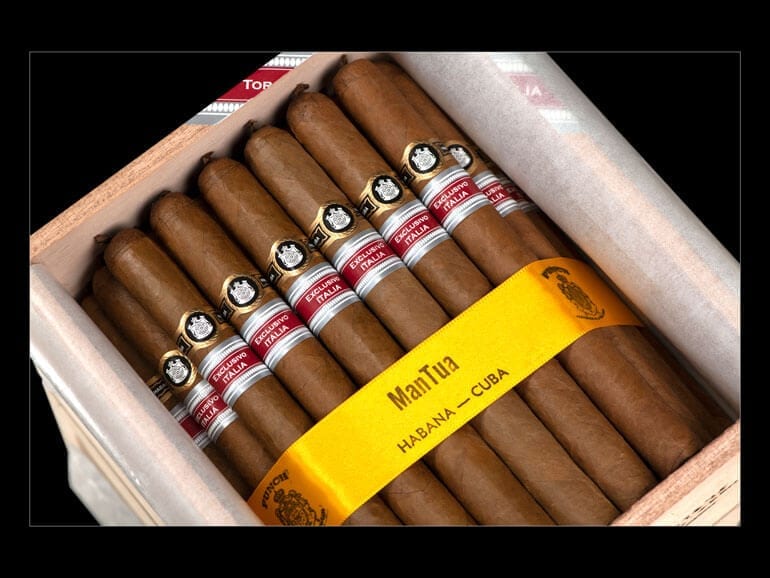 In a few weeks’ time, Heinrich Villiger is turning 90. He has experienced a great deal – the ups and downs of the cigar industry, a world war, economic miracles, stock market crashes, financial crises, climate change. He has often answered questions about cigars with foresight and competence. With this interview, Cigar Journal wanted to put questions of a more personal nature to the man who has been managing the Villiger Cigars family enterprise for almost 70 years.

Heinrich Villiger: I don’t know whether, at the time, my comparison of the hysteria regarding tobacco with a pendulum swinging left and right was correct. I would, rather, say that the pendulum got stuck on the wrong side. The World Health Organization [WHO] continues to pound tobacco as if they didn’t have anything more important to deal with. As a reminder, the WHO was founded on April 7, 1948, as a special organization of the United Nations. It has 194 member countries, is headquartered in Geneva, and employs a respectable number of staff worldwide who are required to demonstrate a track record. Obviously, the fight against the enjoyment of tobacco plays the biggest role, but the track record is meagre – unfortunately. Luckily, this is particularly true for those sectors of the economy that are dependent on the tobacco industry. In Germany alone, tax revenue amounted to 14.4 billion euros last year. The conclusion? Let’s forget the WHO. It won’t achieve its goal of eliminating tobacco consumption by the middle of this century, anyway.

C.J.: In your opinion, did the industry make a fundamental mistake during the time of the militant rejection of tobacco? Or, said positively: What could the cigar industry have done differently?

H.V.: I don’t think so. It’s always hard to go against the spirit of the time. My opinion is: Let the dogs bark; the caravan moves on. Mainly also because of the differing tobacco tax laws and tobacco monopolies in France, Italy, Spain and Austria, the tobacco industry was a highly cartelized economic sector before the establishment of a large common market, with associations and monopolies leading the way. That changed abruptly with the establishment of a large European market. This posed one of the industry’s greatest challenges – it did, after all, lead to a concentration on significantly fewer manufacturers. In Switzerland, for example, there are currently only two manufacturers left – in the former Stumpenland, only one Villiger is present, and our only remaining competitor has its production in Brissago in the Italian-speaking part of Switzerland.

C.J.: What advice do you have for enthusiasts who are considering establishing their own cigar brand?

H.V.: Creating your own cigar brand is relatively easy, even if it’s labor intensive – finding and protecting (registering) the brand, looking for a qualified manufacturer, designing the advertising and promotional material. But when this is all done, inevitably there’s the distribution problem. Without sales organization the product can’t be distributed and sold. And you’re hardly going to find a distributor today who’s willing to bear the costs and the risk of introducing a new brand. In addition, the cigar market is already ‘flooded’ to such an extent that novelties can hardly find a place in the sun.

C.J.: When you think of your competitors, who do you have special respect for and why?

H.V.: We still have ‘plenty’ of competitors in our branch. Decades ago, competition took place on a national level; today, more or less all the manufacturers are active ‘across the garden,’ naturally with very different meanings from country to country. In contrast to the cigarette, with the cigar, hardly any individual cigar brands have been able to establish themselves on an international level – with the possible exception of Davidoff. Cuba deserves respect here. After the revolution and the subsequent nationalization of the entire Cuban tobacco industry into what was then Cubatabaco, the latter succeeded in establishing a worldwide, centrally managed distribution network and at the same time also for the wide range of individual brands, the central Habanos brand for all Cuban cigars and cigarillos. This entire process was initiated – after the revolution – by Francisco Padrón, the first president of Cubatabaco. Padrón wasn’t a politician but a professor of business administration at the University of Havana. I founded the first joint venture for the distribution of Cuban cigars to the Federal Republic of Germany with Padrón 30 years ago. Today, this distribution network encompasses around 40 importer companies around the globe – usually joint ventures with national partners and different ownership structures. In Germany, it is 5th Avenue Products Trading, which is also responsible for distribution in Austria and Poland. In Switzerland a few years later, Intertabak AG followed, in which we also hold a stake.

Francisco Padrón – who passed away a long time ago – I pay my highest respect to. A thoroughbred entrepreneur, despite being an official in a state monopoly.

C.J.: What has been the most poignant moment in your professional life?

H.V.: The most poignant moment, not only in my professional life but also in my family, was the death of my father. Everything I learned in my life I owe to him. He, too, was an entrepreneurial personality through and through.

C.J.: In which role have you never felt comfortable – and in which one particularly so?

H.V.: I also think I can be called an ‘entrepreneur.’ I’m fundamentally suspicious of numbers – because with numbers everything can always be proven. That’s why I don’t feel comfortable in my role as chairman of the board of directors, who has to sign off on all balance sheets. At least that only happens once a year. I much prefer to look at the tobacco fields in Cuba and Brazil or watching over the shoulders of the cigar rollers.

H.V.: Everyone makes mistakes in life, not only lower-level employees but also those in leadership positions. At one time, we tried to establish a second division, to diversify – the bicycle business. More or less everything that could go wrong did go wrong. The company was only making losses, we had one change of management after the other, so that in the end I had to decide to sell the whole bicycle division. Fortunately, we found a solvent buyer, the US company TREK. This hurt me very much, all the more so because the bicycle business has developed into a real growth industry in recent years.

Yes, and what was my greatest success? The greatest success is actually the fact that we managed the balancing act from being purely a cheroot manufacturer at that time to becoming a supplier of high-priced, hand-rolled premium cigars. This didn’t happen overnight, of course – new brands had to be created and production in the Caribbean and Central America had to be established. A few years ago, Brazil was added to the list, where the entry of local manufacturers into the ‘luxury segment’ was simply overslept, despite the excellent quality of Brazilian cigar tobacco in the northwest of the country.

C.J.: Is the world getting worse or better?

H.V: I think that my descendants will have a harder time than me – not in the short term, but in two or three generations. The world is simply becoming too small for the many people who are constantly ‘being added.’ Where will they all go and make a living? Even a ‘green revolution’ won’t solve that. And nobody is going to voluntarily give up a certain amount of earned luxury, no matter how small that may be. What you have, you have.

C.J.: What changes do you notice most in society – and what kind of upheaval comes to mind, and what is it that worries you?

H.V.: We’re facing a brutalization of society. We can’t close ourselves off from it; we have to live with it. Switzerland is a small country, but we’re not an independent island. On the one hand, we have to integrate ourselves into a large and self-confident Europe, and on the other, we have to preserve our independence. And we’ll manage that. And what happens with tobacco? The enjoyment of tobacco will also survive, and that is, both worlds – the cigar smokers’ world of enjoyment and cigarette smokers’ world of addiction. The individual is ultimately responsible for what he or she does.

Every person cultivates his or her garden. One has cacti, the other tends his tobacco field. In between there’s a wide playing field – everybody will be happy in their own way.

Editorial note: Unfortunately, we had to shorten the interview. However, you can read Heinrich Villigers’ full-length answers here: QR