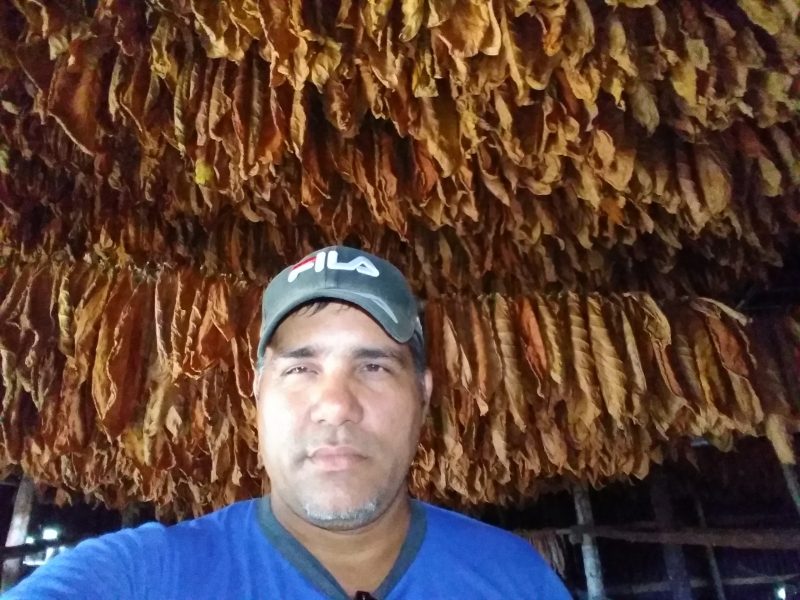 HAVANA TIMES – Every year, we celebrate Tobacco Workers’ Day in Cuba on May 29th. These workers include the tabaqueros who roll cigars and the tabacalero who produce the tobacco and cure it in the drying shacks, or at least this is the distinction we have here in Mayari.

It falls on the birthday of Lazaro Pena, who was a tobacco roller, among many other things; and he led the union of this sector, where he stood out for holding union positions at a national and international level.

Cuba has virtuous soil for its cultivation and a long-standing tradition, which makes it widely accepted on the market. Our history is inescapably tied to tobacco; ever since the time of the indigenous populations, who sewed and smoked it, up until the habanos or cigars we smoke today, which are famous for their quality and glamour appeal.

We have dominated the international market outside of the US, but it is precisely that country, with the largest potential market for the most expensive premium cigars, where we aren’t selling our product because of the embargo restrictions.

Countries like the Dominican Republic have been able to take advantage of the embargo to expand their sales. Without a lot of investment in publicity, the Habano is almost as famous as Coca Cola, and its quality linked to the virtues of this land for its cultivation, has been its best marketing strategy.

I live in an excellent area for tobacco farming. It is the main crop at the cooperative I belong to, which is a Credit and Services cooperative, which means that farmers are individuals, who each own their own plot of land. It is an intensive, short life-cycle crop that requires a great deal of attention and expertise.

Quality tobacco can’t be grown everywhere, not even here in this municipality. It only grows well in the areas that are near rivers and streams, but especially in the valley of the Mayari River. These tobacco plantations in the valley are some of the best in all of Cuba. I’d dare to say that they compete with the Vueltabajo, Pinar del Rio, lands but I admit that they have better lowland farmers.

Increasing tobacco production is a national priority, and it has indeed grown a lot. But it could increase a lot more, not only in the number of plants grown but also in efficiency and quality, with the same amount planted. Maybe the most important thing for a cooperative board member is to exceed the number of plants grown, but quality and revenue should be a lot more important.

Few people know this, but you can harvest the tobacco plant in different ways and normally only one method is used. Many also don’t know that loans for cultivation sometimes don’t come until the season is ending; or fertilizer and pesticides stay in warehouses and cooperatives don’t have the means to get and distribute them or they are just incompetent. Meanwhile, the farmers have no way of getting access to them otherwise.

On the other hand, the most innovative and viable methods are written in handbooks, but they aren’t used because people don’t read and trust them; there are farmers with really successful techniques next to others who are unaware of which is the best way to cultivate the plant. Also, the current pricing policies for the type of leaves and quality do not sufficiently encourage maximum productivity.

Therefore, as a citizen journalist and tobacco farmer, I would go out on a limb and recommend five points or actions that could help to increase production and revenue (by at least 25%) in the tobacco industry, with the same area planted. For both the State company and farmers.

I firmly believe that with these simple and inexpensive measures tobacco production could be increased, which generates large dividends. Today the country produces just over 30 thousand tons of tobacco and with the same resources well used it could exceed 35 thousand tons. Although the potential we have is much higher.