“Most of the customers that come, come to see me,” says Michael Fayerverger, general manager of Casa Fuente at The Forum Shops at Caesars. “We have a lot of very rare cigars that you can’t get anywhere and I kind of have a thing—everything is not always out on the shelf. I work in a special cigar store and I have things that kind of are tucked away in my closet, my cabinet … I get texts, emails, people asking if I’m here, because they know they have to see me to get the good stuff.”

The good stuff, indeed. For 15 years now, Casa Fuente has welcomed cigar lovers to its intimate bar and lounge—filled with upscale furnishings and a flair of Cuban-inspired décor—plus a cozy patio and fountain out front.

Fayerverger has been with the company for more than two decades, starting part time selling cigars wholesale to various spots along the Strip. Before he joined the cigar industry, Israel native Fayerverger, who was raised in Chicago, was a sort of jack of all trades, from working in various industries like the fur and shoe business in his hometown to running Kmart stores, managing pawn shops, nightclubs and bars when he moved to Vegas in 1999. He worked with the Arturo Fuente brand part time, and when it was decided the company wanted to open its own brick and mortar, it was Fayerverger they wanted to put in charge.

“Casa Fuente has become well-known with people around the world—we’re pretty famous,” he says. “After 20-plus years with the company, when you love what you do, you have no problem coming back every day and eventually what’s supposed to be a job isn’t a job anymore.” 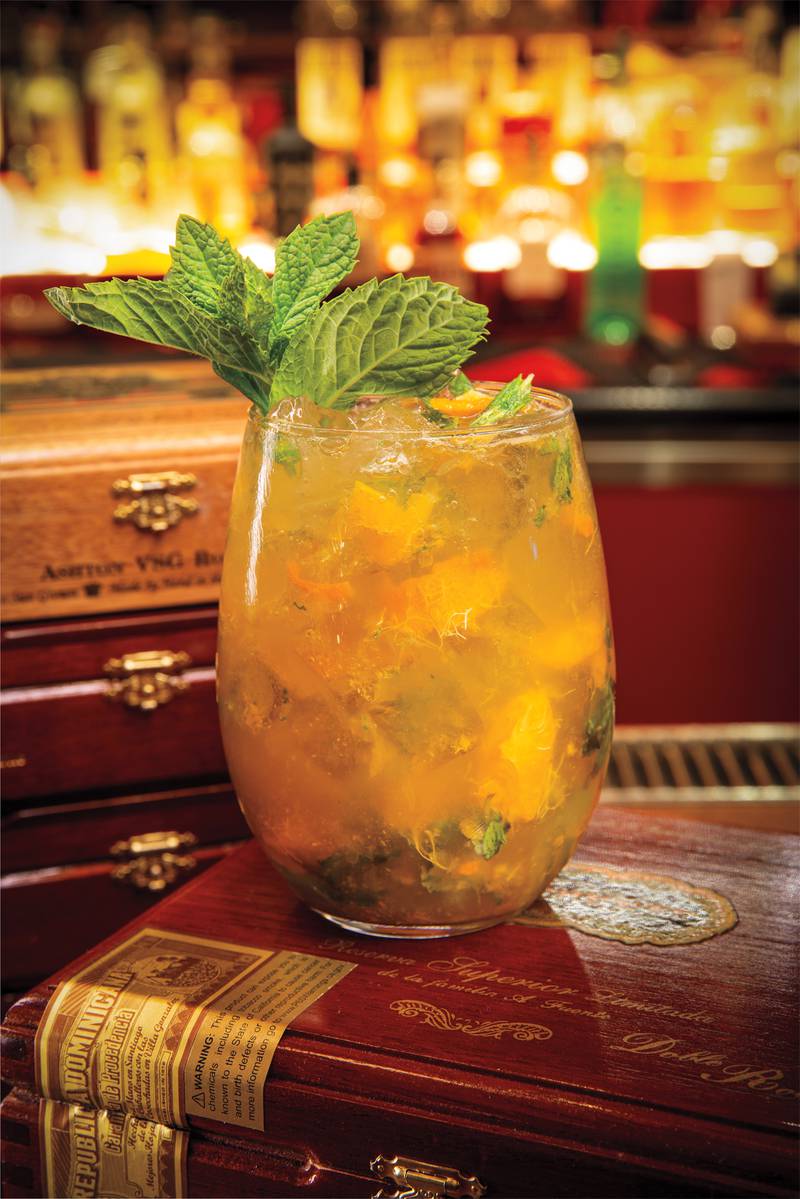 “Most people that come in here are cigar freaks,” Fayerverger says. “They know their Scotch, they know their bourbon, but a lot of people come here for the mojitos, and cigars go good with mojitos.” Besides serving the classic mojito, Casa Fuente also makes a refreshing tangerine mojito, a mix of Botran rum, simple syrup and muddled tangerines, mint and lime with a splash of soda. (Fayerverger is right: This has to be one of the best mojitos ever, ever tasted!). Casa Fuente is currently serving sandwiches, too.

Click here for your free subscription to the weekly digital edition of Las Vegas Magazine, your guide to everything to do, hear, see and experience in Southern Nevada. As part of your subscription, each week via email you will receive the latest edition of Las Vegas Magazine, full of informative content such as restaurants to visit, cocktails to sip and attractions to enjoy.