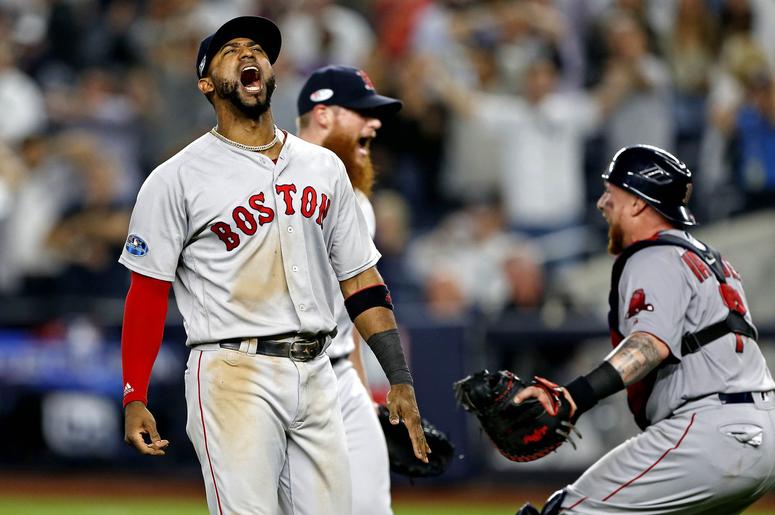 I’ve been wanting to write an article like this for 40 years. If I had a Cuban cigar handy on Tuesday night I surely would have lit it up. Instead, I’ll tread through my golf bag this weekend and find some stray knock-off cigar that was given to me God knows how long ago. It will still be sweet and like the 2018 Yankees, the smoke will symbolically just fade away.

Tuesday night between the invigorating Chris Sale 8th inning relief appearance and just before Craig Kimbrel decided to induce regional heart failure to a nation of fans, I saw something mine eyes have longed to see but had never seen on the faces of an anxious Yankee fan base: FEAR. Utter fear and vulnerability across tens of thousands of Yankees fans stuck out on the television screen like a burp in church and I loved every second of it. (Save for seven batters in the 9th inning).

Yankees fans for way too long have carried a perfectly horrible combination of crass, obnoxiousness, arrogance, belligerence, lazy speech, vulgarity, limited vocabulary, boisterousness, smugness and entitlement and they wear it proudly like it’s some badge of honor. Newsflash: it isn’t. If this sounds like you then although we’ve never formally met, please know that I hate you from the bottom of my soul. I’m sure most people surrounding you do too, particularly those whom you have trampled over, obnoxiously shouted over and spilled beer on during your unwelcome annual visits to Fenway Park, visits you can now stop making by the way.

In 2004, when the Red Sox made their improbable and epic comeback against the hated Yankees the looks on the faces in Yankee Stadium were different, pleasurable to Red Sox fans but different. The 2004 expression was one of shock and confusion. Similar to that of a squirrel that’s just about to get destroyed by a car. Yes as fun as that was, that specific celebration was more about the moment itself. The exorcism of generations of baseball carnage and heartbreak healing a nation of fans so desperate to break through. That’s what 2004 was about. However, Tuesday night was all about Yankee fans getting there long overdue payback and I for one loved every second of it.

My advice is simple: Before you dive into the ALCS this weekend (which will be great), just take a moment to enjoy this, because this has been a long time coming.

The last four playoff meetings in the Bronx between the Red Sox and Yankees have featured Curt Schilling’s against-all-odds “Bloody Sock” series-saver in 2004, followed by what I believe was the best start I’ve ever seen, Derek Lowe on two days rest dropping sinkers on befuddled Yankee batters as if they were rolling off of a cliff. Then we add in Monday’s 16-1 massacre and Tuesday night’s series clincher and the tide has truly turned. I know it, the Red Sox know it and despite whatever arrogant façade the Yankees fans described above will try to show, they for sure know it too. It’s written all over their frightened, pathetic faces.

How about the lady praying in the stands in the ninth inning? Are you kidding me? I think if God had the time he’d surely rather throw a crumb to the lowly Baltimore Orioles, Cleveland Browns or LA Clippers. Helping the Evil Empire? I like to think that’s not God’s thing. Not the God I pray to anyway. The 2004 story was about redemption and lifelong quests finally being met. Since then, things between the Red Sox and Yankees have continued to even out. Heck, George Steinbrenner died on my 40th birthday. True story.

Tuesday night’s victory was oh so enjoyable just knowing how tormented these lowest common denominator fans must have felt as they crawled back to the bottoms of bridges from which they came. Maybe you enjoyed watching multimillionaires wearing hazmat suits and eye shields that would protect you from nuclear explosions in the postgame celebration, but for me what was happening amongst the masses of the great unwashed in the stands that night was what made me want to celebrate.

Now I just have to find that cigar.