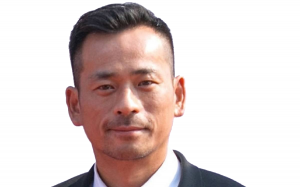 The man behind the purchase? Macau casino mogul Alvin Chao.

CUBA STANDARD — Imperial Brands plc says it expects to complete the sale of its Cuban cigar assets to Chinese buyers by Oct. 29.

The transaction — which is complex because it is divided into two transactions to two separate entities that are probably controlled by the same group — was delayed due to the COVID-19 pandemic, the Bristol, UK-based tobacco giant said in a press release.

Imperial had expected the sale of its premium cigar division, which includes a 50% stake in Habanos S.A. — the joint venture that markets Cuban premium cigars worldwide — to close by the end of September.

The transaction is divided into the sale of the U.S. assets to Gemstone Investment Holding Ltd., and the sale of the international premium cigar business — mostly the Cuban business — to Instant Alliance Ltd., which is linked to Allied Cigar Corporation, a company registered in Hong Kong in March this year.

Instant Alliance will take over the bulk of the assets, which include the 50% stake in Habanos S.A., the 50% stake in Promotora de Cigarros S.L. — the joint venture that distributes Cuban machine-made cigars worldwide — and stakes in local Habanos distributors worldwide through a 50% share of Altabana S.L., as well as Honduran cigar producer Flor de Copan, Dominican cigar producer Tabacalera de García, and VegaFina, a Dominican brand of cigars.

Imperial has not explained the reasons for the complex structure of the transaction, but it may be related to U.S. legal challenges and financial sanctions regarding the Cuban assets. Imperial is a defendant in a Helms-Burton Title III “trafficking” lawsuit in federal court in Miami.

The Chinese buyers have not announced the purchase yet.

According to a Bloomberg report, corporate filings of Instant Alliance in Hong Kong list an individual as officer who also works as chief financial officer for Suncity Group, the gambling and hospitality conglomerate controlled by Macao billionaire Alvin Chau. An official of Suncity, which has little experience and background in the premium cigar business, denied any direct involvement in the purchase.

In August 2020, the heirs of  Cuban cigar entrepreneur Ramón Rodríguez Gutiérrez, who owned and operated the Partagás factory building in Havana, filed suit in federal court in Miami, accusing Imperial of profiting from confiscated property. The plaintiffs are asking the district court for unspecified damages.

A plaintiff’s lawyer argues that the Chinese buyers will be liable under Title III of he Helms-Burton law, which punishes “trafficking” of property confiscated by the Cuban state after the revolution.

“Imperial Brands and Instant Alliance have entered into a commercial arrangement for the sale of Habanos that uses or otherwise benefits from confiscated property,” said Evan Stroman, a Miami attorney who represents the heirs to the extinct Banco Nuñez in their Title III case against French bank Société Générale. “Both Imperial Brands and Instant Alliance are in violation of Title III and Title IV.”

Under Title IV, the U.S. Secretary of State can deny entry visas to officials from both companies.

According to one Miami legal adviser of Helms-Burton plaintiffs, Imperial will still be subject to the lawsuit, despite the sale.

“The statute of limitations goes back two years prior to the cessation of trafficking,” said Nick Gutiérrez. “They can still sue Imperial either way.”

—Vito Echevarría contributed to this report

This entry was posted on Sunday, October 25th, 2020 at 2:53 pm and is filed under Top Stories. You can follow any responses to this entry through the RSS 2.0 feed. Both comments and pings are currently closed.