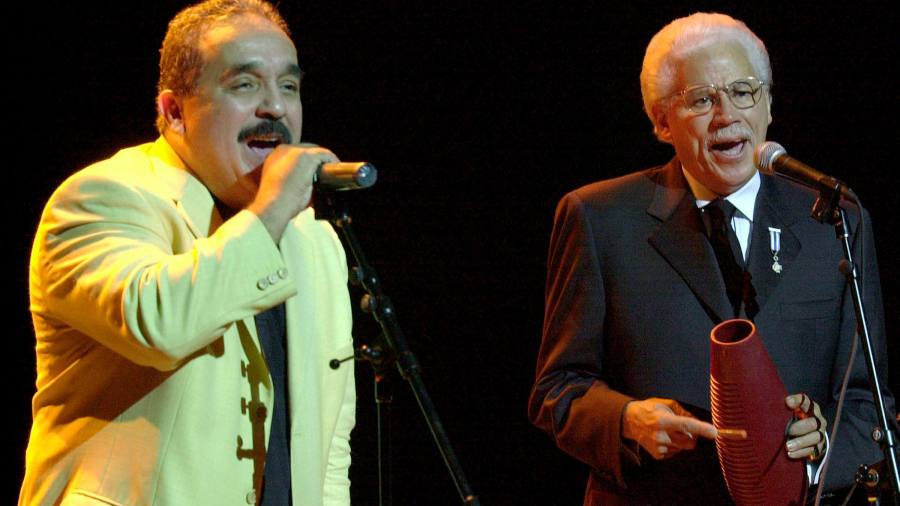 The writer is a music producer and author of four books, including ‘Cuba and Its Music: From the First Drums to the Mambo’

Johnny Pacheco was many things: bandleader, performer, music producer, songwriter, impresario. But what I remember most about him is that he could always make me laugh. Co-founder of the game-changing Fania Records that lay at the heart of the salsa movement, Pacheco was a great entertainer — although he was much more than that.

I wasn’t around in the heyday of the Fania All Stars’ line-up that Pacheco, who died earlier this month at the age of 85, helped form. So I missed the 1971 Cheetah concert immortalised in the movie Our Latin Thing. I wasn’t at Yankee Stadium in 1973 when as many as 40,000 fans rushed the stage, stopping the concert after the third number, or among the 80,000 people in Kinshasa during the grand Rumble in the Jungle concert in 1974.

But over the decades, I saw Pacheco many times with his two-trumpet group, especially on those sacred Monday nights in the basement of the Village Gate, and in other now-vanished New York clubs such as the Red Parrot. He cultivated an image of luxury and high style, with impeccably tailored togs and coiffed silver hair, sporting a fine cigar. He seemed to have been born in a spotlight — and he changed the way the world saw Latin music.

It was Fania Records, founded in 1964 with Jerry Masucci, a lawyer and former policeman, that began marketing its sound as salsa around 1972. That term is with us still, because Pacheco was a producer of genius.

He matched the gawky, bespectacled singer Héctor Lavoe, fresh up from Puerto Rico, with the teenaged Nuyorican bandleader Willie Colón, with earth-shaking results. He signed Ray Barretto and Larry Harlow, major bandleaders of the salsa boom. His work with Celia Cruz made her a bigger star than she had ever been in Cuba, beginning with their smash 1974 Fania album Celia and Johnny. No wonder Rubén Blades, whose 1978 Siembra with Willie Colón may still be the best-selling salsa album ever, quit law school and took a job in the Fania mailroom.

Born Juan Azarías Pacheco Knipping in the Dominican Republic’s second city, Santiago de los Caballeros, Pacheco came with his family to New York in the early days of the mambo boom, when he was eleven. His father, Rafael Azarías Pacheco, was a well-known bandleader and clarinettist. Pacheco absorbed bandleading skills from childhood and learnt how to play not only Dominican merengue but the dominant Latin style that would make him famous in New York: Cuban music.

Growing up in the South Bronx, a Dominican among a brilliant generation of young Puerto Rican musicians, he became a quintessential Latin New Yorker. His earliest gigs were on percussion, which he studied at The Juilliard School, and he became an in-demand studio player.

But he became famous playing flute — not the modern silver Boehm-system flute, but the old-school 5-key wooden instrument used in Cuban charanga orchestras, with its piercing tone. After the success of his first album, Pacheco y su Charanga in 1960, he recorded prolifically. By the time he became Fania’s first recording artist four years later, he had switched to a two-trumpet format that sounded very much like the pre-revolutionary Cuban group Sonora Matancera.

Fania’s style was mostly retro Cuban, but with jumpier tempos, simpler, tighter rhythms, and a jazzier approach. Most, though not all, of the musicians were Puerto Rican, in the context of an increasingly assertive Puerto Rican identity in New York.

The songs were for the most part not about romantic love but culture, evoking Black Cuban experience as a touchstone for an emerging hemisphere-wide Afro-Latino consciousness. Made fast in good studios by skilled musicians, Fania albums sound great today — especially if you’re fortunate enough to have the original vinyl.

Married to María Elena, known as Cuqui, with whom he had four children, Pacheco lived quietly in Fort Lee, New Jersey. He had an active performing career, but in his record-company partnership with Masucci, it wasn’t Pacheco who made the big money. He and many other Fania artists were frequently heard to lament the way the business played out.

I have a vivid memory of him at the funeral of his friend Tito Puente in June 2000. As an endless line of mourners filed past the open casket where the world-famous timbalero lay with drumsticks in his hands, Pacheco sat quietly in a pew up front. We made eye contact as I passed, and I saw a look of terrible pain on his face. It was the only time I saw him in public when he wasn’t smiling.