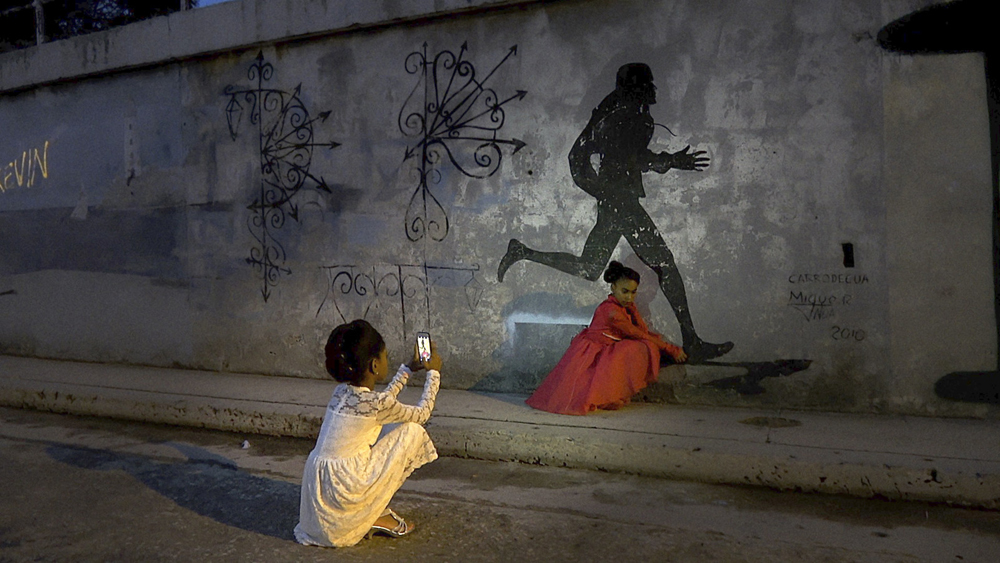 Joining Ji.hlava Intl. Documentary Film Festival‘s online audience on Friday from his hotel room in Spain, Hubert Sauper – behind Oscar-nominated “Darwin’s Nightmare” – discussed his career and latest film “Epicentro,” also shown at the Czech event following its Sundance premiere. Born in the Austrian Tyrol in 1966, he also addressed his past.

“I was growing up in a place where the Third Reich wasn’t over, surrounded by old Nazis. Nobody was shouting ‘Heil Hitler!’ anymore, but these demons were still alive. I had to run away,” he said. “To think that all this had happened within this décor of “The Sound of Music”… Maybe that’s why I am always interested in strong contrasts? Now, I love going back. I was in Austria two days ago, at Viennale, and I just got a call that I have to come back for the closing night. I kind of know why,” he added, teasing a possible award for the film.

To shoot “Epicentro,” Sauper spent three years in Cuba (“I used to say that I spent 10% of my life making each film. I am a bit faster and a bit older, so now it’s only 5%,” he joked). Exploring Havana but also cinema’s myth-making role, as well as the psychology of empires – his focus for the last 20 years.

“What the hell are we doing? We, Europeans in Africa, or we, Americans in Central America? How can we steal and loot and burn, and kill, and still create a narrative that makes us feel good about ourselves?” he wondered, all the while crediting 26th U.S. president (and a strong advocate for the Cuban War of Independence) as “the inventor of the selfie.”

“Teddy Roosevelt was completely narcissistic and crazy about his own image, a bit like Trump, and one day he said: ‘I want to liberate Cuba.’ He paid an army of photographers, writers and painters [to sing his praises] and he became extremely popular in the States, later becoming the president of the Empire of the Image.”

Sauper became interested in, as he put it, “The U.S.’s decision to become an interventionist force,” and the need to create a strong narrative in favor of war. Also through cinema, encouraged to “villainize” the Spanish Empire, for example in 1899’s film “Raising Old Glory over Morro Castle.”

“It’s essentially a cardboard painting of a castle with the Spanish flag going down and the American going up. The theme of ‘Epicentro’ was about figuring out what is reality and what is not. It’s said that the explosion of the U.S.S. Maine [in 1898] contributed to the outbreak of the war, but it happened in the middle of the night and there were no witnesses. What led to the war was the cinematic image of it, a special effect created in a New York bathtub with some cigar smoke. It became real because people saw it and wanted to avenge it.”

While admitting he can’t perform in his movies like Michael Moore, and is a bit of a “minimalist in terms of technology,” Sauper is not trying to hide. Trying to stay away from experts or specialists, it’s all about the access for the director. In the administrative [sense], meaning you can shoot when you want to and move around without getting arrested, but also the access to “people’s hearts and souls.”

“A film is written four times – it’s a line from my editor Yves Deschamps. Once on paper, second time with a camera, third time in the editing and then in the spectator’s mind,” he said. “I never film with hidden cameras. I don’t pretend I am making movies for my grandmother, although if I film a warlord in Sudan, I don’t tell him what my history is. If I would have a chance to be in the same room with Donald Trump, I would love to do that. But I don’t think he would want me there.”

Underlining he doesn’t do interviews (“I engage people in conversations. Interview is a journalistic form and I am not a journalist”), Sauper said that cinema doesn’t just reflect the world. It creates future reality, just like Georges Méliès’ “A Trip to the Moon.” It can also fire up millions of people to go against millions of people.

“As a filmmaker, you can use your camera as a post-colonial tool, which is often the case when BBC goes to Rwanda, but I see the camera as a magical tool that connects me to the person I am filming. I am not just filming a child in Cuba, but my complete attention to that being is reflected in that person’s eyes. So I am also filming me, being there.”

Although ultimately happy with the outcome, Sauper admitted that the decision to focus on Cuba was influenced also by the difficulties he faced while filming 2014’s “We Come as Friends.”

“It was after ‘Darwin’s Nightmare’ and I was very exposed. The President of Tanzania called me an evil intellectual terrorist, they organized rallies against me. One of the reasons I went to Cuba was to ‘save’ myself from Africa, otherwise I wouldn’t make another film,” he said. But a triumphant return is not off the table just yet.

“It’s a part of my life; part of my soul is still there. But if I would start another film in Africa, I certainly wouldn’t talk about it!”