On Saturday, June 20, 2020 at 10am (Eastern Time) the Perdomo Firecracker launched as The Cigar Authority welcomed Nick & Nicholas Perdomo to the show where they joined us live in studio.

Originally, the Firecracker was a Two Guys Smoke Shop exclusive that has been made by the likes of Don Pepin Garcia, Tatuaje (M80), La Flor Dominicana, RoMaCraft, Fratello, Steve Saka and Kristoff. The last couple of years the cigar has transitioned from a store exclusive to a part of the United Cigar portfolio where it joins the ongoing production by Jose Dominguez.

During a series of events with Pepin, David Garofalo asked him to make a cigar with a fuse and reluctantly he rolled one. The rest is history and the Firecracker series has become one of the most sought after yearly limited editions in the cigar industry.

This year the cigar is made by Nick Perdomo and it’s based on the 20th Anniversary blend, however it gets ramped up some giving it that explosive punch the limited edition is known for.

The Look: Packaged in 20 count boxes, the cigars are laid out in two rows of 10 giving it a sleek slimline appearance. Inside the caramel colored wrapper is glistening with oils a few ultra thin veins noticeable. The cigar is firm in the hand with a slightly spongy foot and spot on construction.

The Notes: The cold draw serves up a subtle apricot along a touch of brown sugar and spices including nutmeg, cayenne pepper and ginger. The foot of the cigar is very earthy with a subtle manure element to it which is considered the ultimate compliment to a tobacco farmer. Once the cigar is toasted and lit an almond component briefly appears before my palate and sinuses are hit with a burst of black pepper notes.

The second half sees the oak become dominant with cracked peppercorn on the retrohale and aroma of the cigar. As the cigar burns down I find it hard to put it down as a cookie dough sweetness with a touch of almonds makes an appearance in the last half inch of the cigar.

The Finish: While the Perdomo Firecracker isn’t the strongest release of the series to date, it is hands down the most flavorful of all. When I cut the cigar, I always leave the fuse in place, and as seen below the fuse actually burns along side the cigar and it is noticeable on the aroma. The firm white ash held all the way until the band and the cigar was enjoyable all the way to the tasty end. 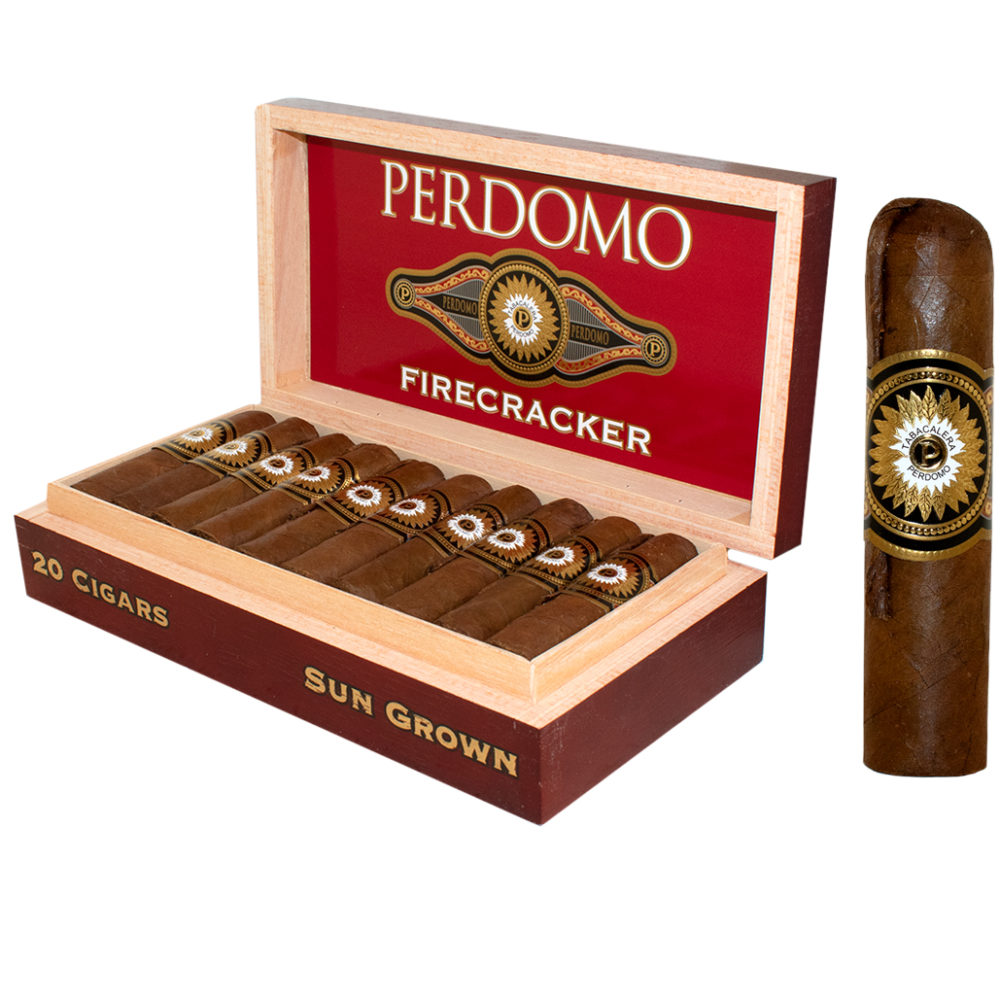 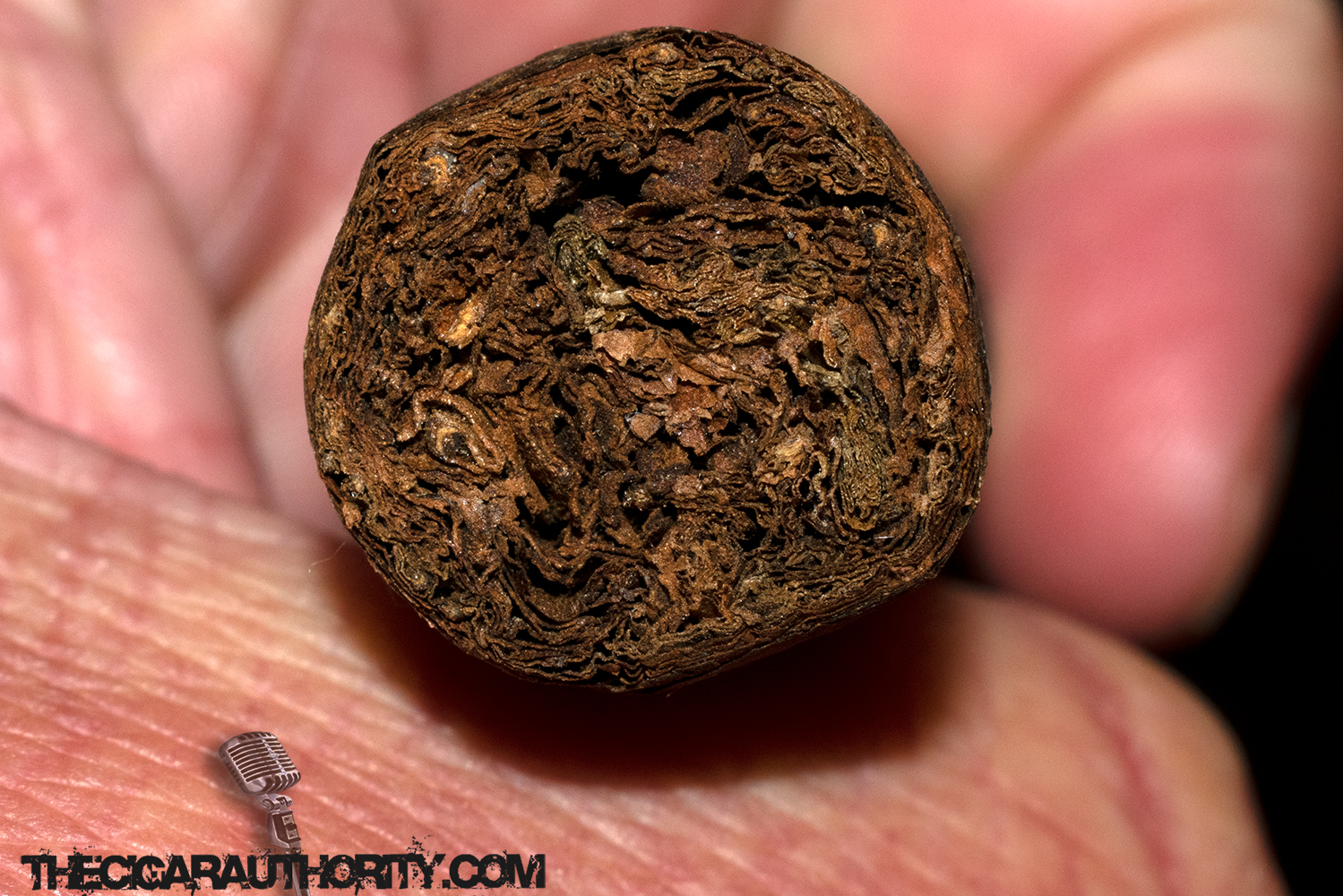 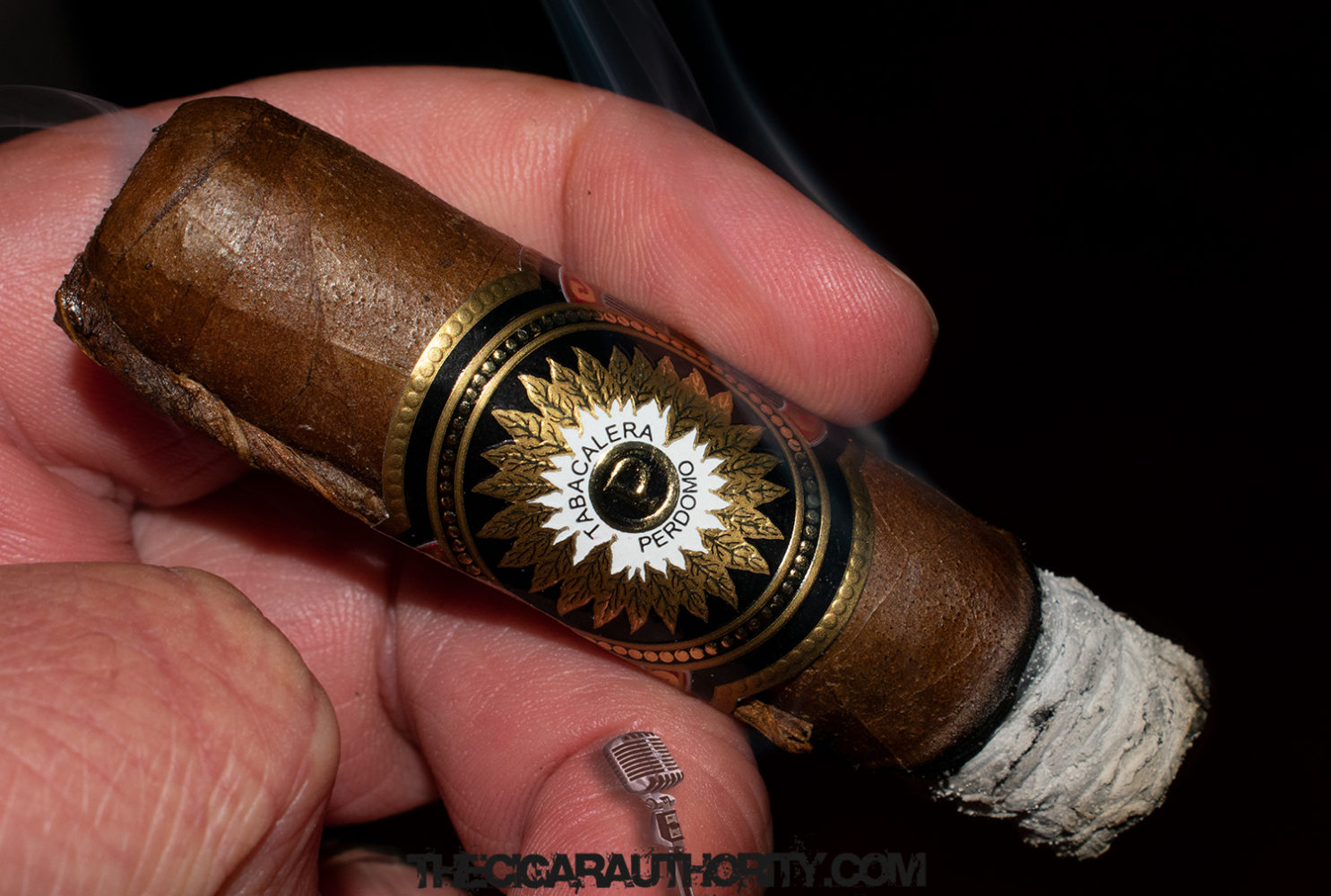 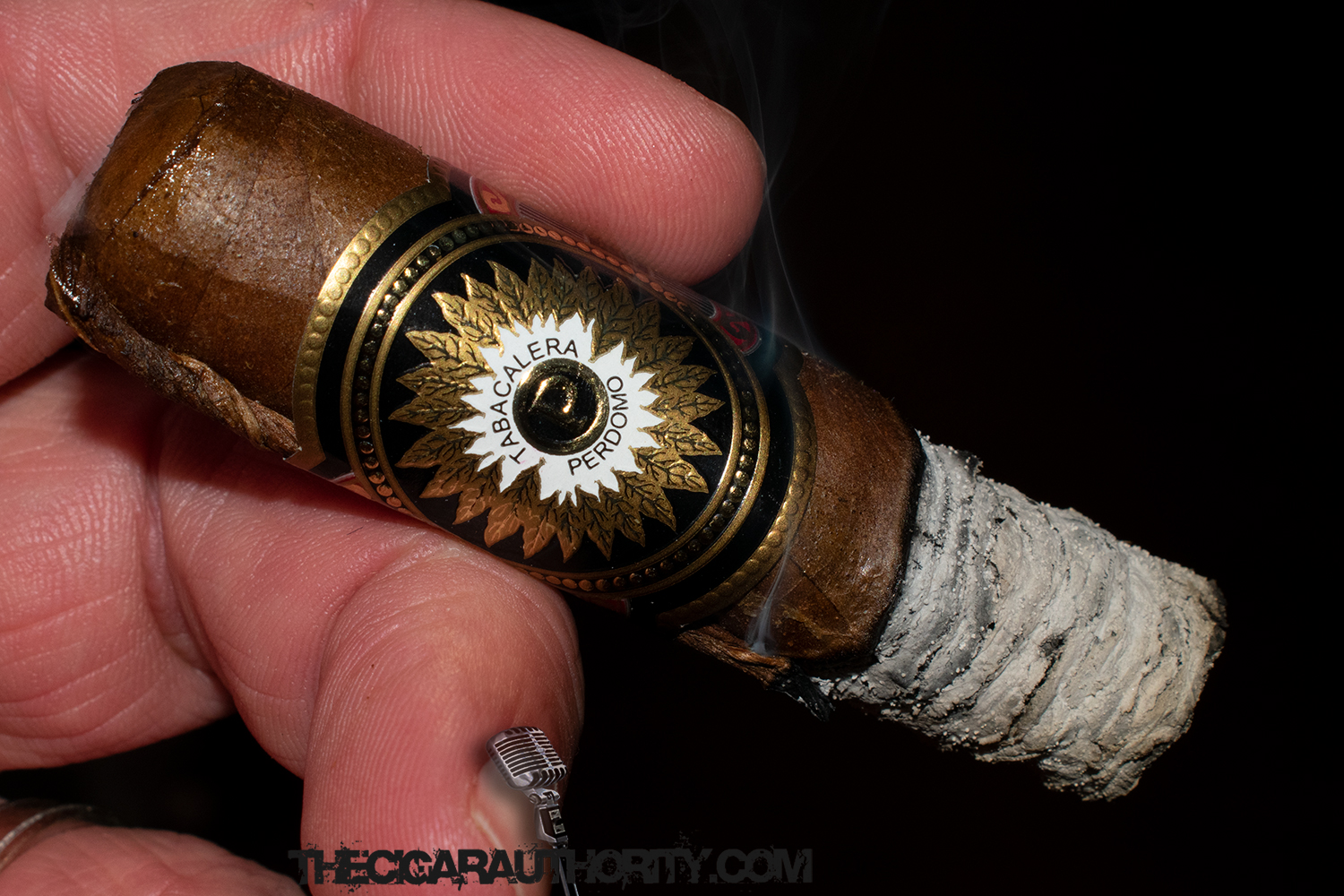