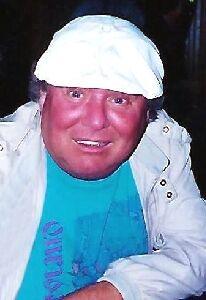 Pat was a lifelong resident of Lancaster City and a graduate of J.P. McCaskey High School. He worked for over 30 years at Armstrong World Industries until his retirement at age 52 to enjoy the good life. Pat was a social and outgoing man and you never had to doubt where he was in the room because his booming voice would let you know!! He was an avid Baltimore Orioles baseball fan and enjoyed sports in general. He also was a lifelong fan of the KING, Elvis Presley. Pat enjoyed going to St. Pete Beach area of Florida for winters after his retirement and often invited family to come and spend time with him there. His family and friends will remember him as a man who loved a good meal, a fat Cuban cigar and sunning his buddha body on any beach.

Please omit flowers, contributions in his memory can be made to the Juvenile Diabetes Foundation www.jdrf.org. Please visit Richard’s Memorial Page at: