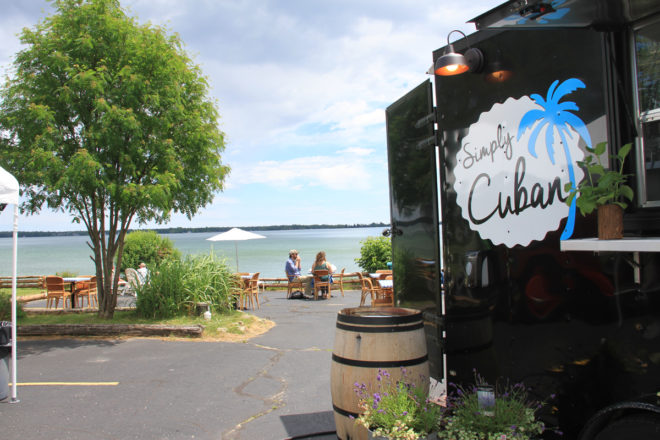 Zulema (Sue) and David Greco have opened a new food truck in Baileys Harbor called Simply Cuban. Sue, who is from Havana, Cuba, grew up eating traditional Cuban food and learned her recipes from her parents.

“I’ve always wanted to do this,” she said. “My kids grew up with it [Cuban food], and my husband just retired, so we decided to do this next, for fun. My parents were my inspiration.”

The food truck opened June 24 in the parking lot next to Florian II, and the Grecos plan to be open most days, 11am – 3 pm, depending on the weather. The menu features sandwiches, snacks and drinks, plus café con leche and morning treats including a guava-filled pastry called a pastelito. For dessert, go sweet or smoky with a paleta – a flavored ice pop – or a Cuban cigar.

The menu will have board specials and change throughout the season, but Sue recommends trying the Classic Cuban: Cuban bread, ham, roasted pork, Swiss cheese, pickles and mustard.

“It’s a favorite,” she said. “Very traditional. I say start with that.”