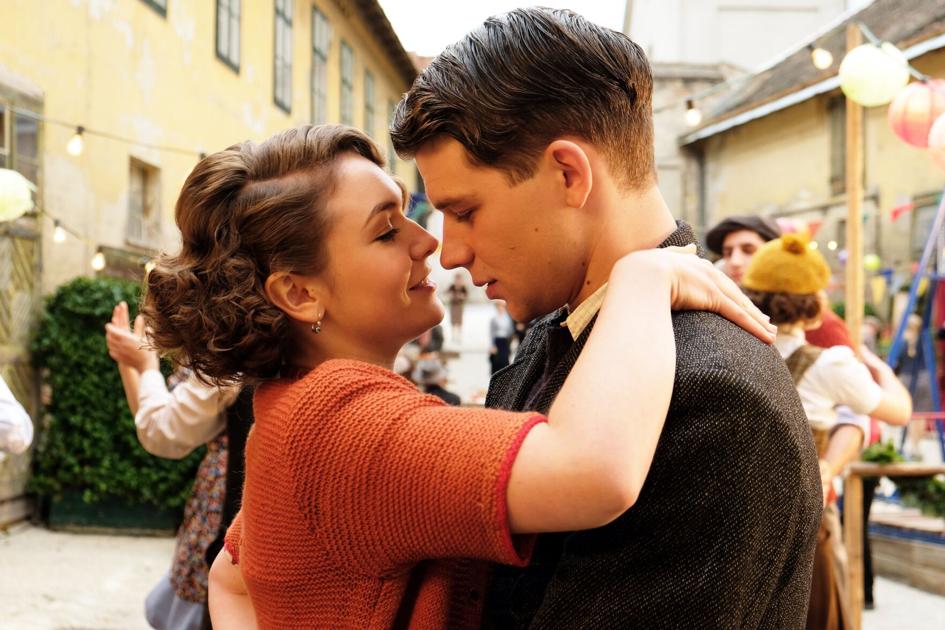 While psychoanalysts debate whether a cigar is ever just a cigar, one thing most people agree on is that a Nazi invasion and the backdrop of the Holocaust really aren’t the best setting for a coming of age story.

The 17-year-old Franz (Simon Morze) arrives in Vienna where his mother has arranged a job with one of her former lovers, Otto (Johannes Krisch), who runs a tobacco shop. Otto teaches him the business, which he says depends upon knowing his customers’ interests, whether they be the political journals of the day, as Nazism is on the rise in Germany, or pornography, which is discreetly stashed under the counter. In the case of Freud, it’s his taste for fine cigars.

Set up by a few lusty diversions in the opening scenes, it’s no surprise that Franz wants to explore beyond the tiny tobacco shop. He meets the alluring young Anezka (Emma Drogunova) at a street fair, but after sharing a few beers and close dances, she slips away. Franz is smitten but has no idea how to find her. He describes the “beautiful gap in her teeth” to Freud as he seeks advice.

From what little Otto has told him of Freud’s fame as a psychoanalyst, Franz seems to think a few minutes on the couch will help him find the girl. The dynamic is not overplayed, and Freud (Bruno Ganz) mostly listens to Franz, while professing he can’t offer much in the way of advice.

Though capably acted by Ganz, Morze and Drogunova, the relationship between Franz and Anezka doesn’t develop any depth and never seems to require Freud’s insights. When asked about love, Freud says that one doesn’t need to understand water to jump into a lake. In the end, neither Otto, Freud, Franz or Anezka can avoid the fascist takeover of Austria, and that ends up supplying most of the dramatic weight in the film.

Which brings us to the Nazis, which Leytner portrays as a villainous, libidinous force superimposed upon Austria. The streets of Vienna are depicted in muted, neutral colors, which Leytner contrasts with red and black Nazi flags and armbands, and blood thrown on the walls of stores accused of being friendly to Jews. Intimate indoor spaces, such as the cabaret are richly imagined and seductive where the shows feature “jokes” with a scantily clad showgirl treating Adolf Hitler like a dog disappear, replaced by anti-Semitic fare.

While the premise of Freud helping Franz overcome his innocence sets up what would seem like a light, risque drama, the encroaching backdrop of a Nazi invasion is hard to reconcile with the teenager’s search for a mysterious dancing girl.

“The Tobacconist” runs at The Broad Theater and Zeitgeist Theatre & Lounge.

NO NEWS IS BAD NEWS.

For almost 40 years Gambit has reported on the city we love, connected you to New Orleans, and covered the issues that matter to New Orleanians—all for free.
We need YOUR help to keep doing it. Become a Gambit Member and support local journalism.