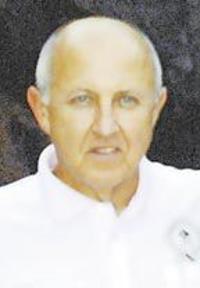 Exodus 28: 3 “And thou shalt speak unto all that are wise hearted, whom I have filled with the spirit of wisdom, that they may make Aaron’s garments to consecrate him, that he may minister unto me in the priest’s office.”

Last week we discussed some of our experiences in 2007 in the Cuban city of Cienfuegos. Four years later we worked another short term mission project in Colon (Columbus in Spanish), Cuba, so named for Christopher Columbus.

Our transportation to the work site was an experience in itself. Horse drawn wagons equipped with seats hauled us from the convent to the work site every day. The distance was only about two miles, but with the unmaintained streets, the ride took its toll. The wagons had no springs or shock absorbers and the ride was rough. The wagon drivers had “fashioned” a catch bag to swing under the horse’s tail to catch the fertilizer.

Transportation methods in Cuba are varied. The resourcefulness of the Cuban mechanic really shows in their cannibalizing of various machines to make some type of vehicle. One may see a vehicle that was assembled from a bicycle, a mower and a chainsaw with a seat from a Russian tractor, transporting its builder down the street.

For tail lights, a torch or oil pot with a small flame on the back of the wagon served to warn others of the wagon ahead. There was very little lighting on the streets for night travel. At times we passed through villages on dark nights and if we had not seen a candle burning through a window, we would not have known we were in a town. In a satellite night view of the region, one can clearly see the lights of Florida but most of Cuba is in darkness.

The promoters of communism apparently see no need for commoners to need electricity. When plunged into a state of destitution, future generations are easier to control and appreciate any morsel they’re allowed to have.

In many ways, being in Cuba is like stepping back in time a few decades. Communism has left the people without many of the items we in America consider necessities and take for granted. Medical care is free to the people but for the most part, doesn’t exist. Doctors have very little equipment to work with and to prescribe a chemical treatment (pill) for any ailment is pointless. We took thousands of ibuprofen, aspirin and other over-the-counter medicines to the people in the churches bagged in small quantities and scattered throughout our luggage.

In a previous article I stated “illiteracy increased in the Castro years.” This is partly true and partly not. Cuban children attend school as a benefit of communism but we were informed, the education is controlled in order to “bring them up” in a mind-set compatible with the Castro regime. With this educational philosophy, censorship is ongoing and geared to the state’s way of thinking. It appears Castro’s thought was to purge their minds of everything, then re-educate the population. At this point in time, the Castro regime has achieved one of the highest literacy rates in the world. It appears the philosophy was, “tear it down, then build it our way.”

Several of the women in our group visited a school in Cienfuegos. They took school supplies to the teachers and a special bag of cosmetic items to the headmistress as a gesture of good will. She allowed them to talk to the students and that provided an opportunity we were told had not previously been allowed.

College is free to those passing an entrance exam into their preferred field of study. The only problem is, the student cannot expect to gain anything personally from his/her years of study. All work is for the “good” of the entire population, and not compensated accordingly.

In resort towns, male tourists visit for a week or two and rent a young girl. Her handlers are paid for her services and when the client has finished with her, she may or may be ostracized from her family. Human trafficking is a worldwide problem. It appeared to us in several towns and cities, there’s no law against it or of there is it is not enforced. It was certainly disturbing to see a young Cuban girl with a European man old enough to be her grandfather.

Havana, the capital of Cuba, seemed to be different from the rest of the island. The presence of the voodoo culture was there, and there was an effort to appeal to tourists with shops, music and tours. Landmarks such as forts, statues, memorials and government buildings, create a slightly different impression from the rest of the island. The capitol building is a duplicate of the American capitol building in Washington D.C. Americans claim the Cuban designer stole the design and Cubans claim they had the design first.

Across the street from the capitol one sees apartments with laundry hanging on the balconies to dry. The Castro attitude certainly does not require cleanliness or value appearance of the city in any way. The Monument of the Revolution was the only place I saw that appeared to be well kept.

Witchcraft and voodoo are practiced there like on many of the Caribbean islands and Central America. It is common to see doors or ornaments in front of apartments or houses painted indigo blue to ward off evil spirits. Fortune tellers are in abundance and voodoo dolls can be purchased in varying designs and a curse placed on someone you may want to punish for a reasonable fee.

People, mostly women dressed in brightly colored clothing and head wraps are often seen smoking a Cuban cigar. One can make their picture for a few dollars while they practice their incantations with the spirit world.

I was wandering around Havana late one evening and heard music. I followed the sound into a courtyard to find the Havana Symphony Orchestra playing. The music produced was absolutely beautiful. We heard some of the most beautiful music in the Cuban churches we’ve heard anywhere.

The talents, the skills, the ingenuity of Cubans are very much above average of other people groups I have worked with or observed. Of course, necessity requires creativity, and having needs without adequate supply of products and parts, intensify the demand for creativity. Perhaps I’m too easily impressed by human endeavor, but I’ve never seen the application of pure genius to meet basic needs as I saw in Cuba.

The island itself is possibly the most beautiful I’ve visited in the Caribbean. With a twelve month growing season, poinsettias over sixty feet high are not uncommon. Bougainvilleas in full bloom are stunning. The mountains present a splendor unmatched in West Indies geology.

We found the Cuban people to be delightful. They treated us with kindness and respect and, of course, had many questions. They are a proud people but have lived in a state of intimidation and oppression for many years.

Our purpose there was of course to share our Christian faith by helping them in any way we could. I ask anyone reading this to take time to pray for the Cuban people. Fidel is dead and Raul has eased up considerably. Perhaps the day will come they will enjoy the freedoms Americans take for granted, but that time may be far away.