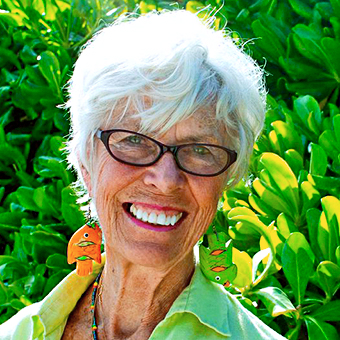 Cuba, like much of the Caribbean, has been on tourism lockdown since March. Airspace reopened to international travel on July 1, but to prevent the spread of Covid-19 into the general population, visitors were permitted only to the all-inclusive beach resorts off the northeast coast.

And since U.S. rules prohibit American visitors from trips that would be strictly tourism vacations, the reopening had no impact on U.S. travelers.

Cuba plans to — slowly and carefully — reopen beginning on Nov. 1. Entry protocols have not been announced, although according to a US Embassy post on Sept. 15 U.S. visitors will be required to produce a negative Covid-19 test as one entry requirement.

So can Americans still travel to Cuba? One might be forgiven for asking, given all that’s happened during the coronavirus outbreak, as well as repeated moves by the Trump administration to chip away at the warming of relations enacted during the Obama years.

Yes, we can, but “it still is not easy to travel to Cuba as an individual, no matter how you look at it,” said Tom Popper, who recently resigned as the president of InsightCuba, one of the pioneers of legal travel from the U.S.

One of the remaining categories of authorized legal travel that has not been tampered with is Support for the Cuban People, similar to the people-to-people category that tour operators offered before it was banned. (Other remaining categories include family visits and humanitarian trips.)

Support for the Cuban People itineraries must include a full schedule of activities that include meaningful  interactions with the Cuban people — a beach vacation does not qualify nor does a chat with a cigar vendor on the street — but staying in private residences, eating at privately-owned restaurants, shopping at privately-run stores and engaging with Cuban hosts to discuss Cuban culture do make the cut.

Travelers can book with a tour provider, which ensures that the trip adheres to rules regarding accommodations, paperwork and activities.

A second option is independent travel, but planning a trip with airfare, lodging, paperwork and a full schedule of compliant activities is tricky.

“The legal travel category of Support for the Cuban People does just that: it supports the well-being of our neighbors, the Cuban people. A people who are warm, inviting, educated, musically and artistically talented and who are fascinated by American culture,” said David Lee, founder and owner of Cultural Cuba.

“Cultural exchange furthers the spirit and implementation of democracy. These prohibitions only hurt the innocent Cuban people who remain pawns of failed politics.”

However, the demand for travel to Cuba is murky at this point, depending upon its reopening, its entry procedures, its Covid numbers, its on-island health and safety protocols and the desire of Americans to visit or revisit the destination. One point is that the type of travel required by Support for the Cuban People brings visitors and Cuban citizens together in relatively close contact, which could make people uneasy about the spread of Covid.

With the reopening coming up, American plans to restart nonstop flights from Miami initially with two daily flights from Miami to Havana, increasing to six if there is demand. “But we’re still awaiting official confirmation from the Cuban government, and the startup date is subject to change,” according to a spokesperson. Delta continues to adjust its schedule in response to Covid-19, government travel restrictions and customer demand. “We haven’t made a decision on when to resume service to Havana,” a spokesperson said.

Rollbacks of visitor-friendly policies have also sowed confusion among travelers about whether they can still legally travel to Cuba, and what kind of experience they might expect.

In an announcement Sept. 23, U.S. Treasury Department’s Office of Foreign Assets Control (OFAC) expanded what is now called the Cuba Prohibited Accommodations List and totals 433 hotels and casas that are government-owned or controlled by the Cuban government and thereby off-limits to American travelers. The hotels include brands and names familiar to U.S. travelers, including Kempinski, Hotel Nacional, Iberostar and Melia.

“Where will Americans stay if all these hotels and casas are off-limits?” I asked Popper.

“There are thousands of casa particulares (private homes owned by independent entrepreneurs) all over Cuba, hundreds in Havana alone,” he said. “There are plenty to go around, some are really incredible, all are welcoming,  many are in neighborhoods, and the income from them goes directly to the Cuban homeowners.”

Other changes announced Sept 23 prohibit American travelers from bringing home bottles of Cuban rum and cigars for personal consumption, another reversal of an Obama-era move in 2015 that relaxed a restriction that had been in place since 1962.  Attending or organizing professional meetings or conferences, public performances and sports competitions are now prohibited.

Colin Laverty, president of Cuba Educational Travel, said that the Cuban people were facing a tough economic situation due to a drop in tourism as a result of Trump administration policies, including limiting air-charter operations to Havana last January and banning commercial flights to destinations other than Havana last October, which caused tour operators to adjust Cuba itineraries and even eliminate some programs.

Banning cruises from the U.S. to Cuban ports in June 2019 and eliminating the People-to-People category of permitted travel that same month dealt some pretty heavy blows to Cuban tourism.

Operators reported falloff in demand even before the air restrictions took place.

Covid-19, too, has taken its toll this year on Cuba’s population of 11 million, although it remains behind the Dominican Republic, Puerto Rico, Haiti and Jamaica in numbers of cases reported. Through Sept. 30, cases totaled 5,531, deaths 122 deaths and tests administered 600,000.

Lawrence Ward, a partner at the Dorsey & Whitney international law firm, which handles trade compliance laws, said that “the recent actions by the Trump administration dealt yet another blow to the U.S. travel industry, which has been hugely battered by the Covid pandemic.”

The new sanctions on accommodations and alcohol and cigars “will have some minor impact on the Cuban government and Cuban economy, but the actions seem more symbolic and political given that the U.S. stands nearly alone in its sanctions as to Cuba,” Ward said.

Most tour operators with Cuba programs are in a wait-and-see stance, but Friendly Planet’s president Peggy Goldman was happy to report a recent call from a small group wanting to book in February.

“And when Cuba reopens, my bag will be packed and I will go,” she said.