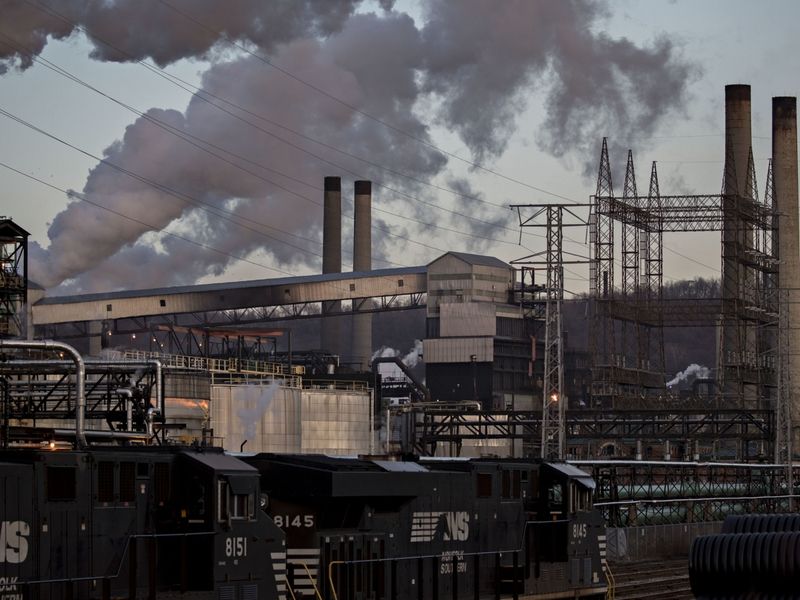 Eight mayors of cities in and near the Midwest, including four from Ohio, use this Washington Post op-ed piece to advocate for what they call “a Marshall Plan for Middle America.”

The writers — the mayors of Pittsburgh; Cincinnati, Columbus, Dayton and Youngstown; Louisville, Ky.; and Huntington and Morgantown, W.Va. — are inspired by the $13 billion ($143 billion today) Marshall Plan investment strategy after World War II to rebuild Europe and foster economic and democratic institutions.

We have consulted economic experts about the challenges we face: growing and systemic inequities, a public health crisis and the burdens of climate change. Our shared ideas stem from what we’ve learned.

Virtually no major federal attention has been given to the greater Ohio River Valley since the adoption of the Appalachian Regional Commission in 1965. A new regional and federal collaboration can rebuild and reposition these regions to be economically competitive domestically and globally. Absent such a partnership, it is certain that difficult times will continue and the opportunity will be lost.

We’ve seen the consequences of inaction before. Pittsburgh, for example, never prepared for deindustrialization of heavy manufacturing and steel in the 1980s, and it took 30 years to build its new economy. It was a painful demonstration of how people and communities can be destroyed by believing the world will not change. Pittsburgh and other cities should not repeat this mistake.

They say a modern-era, back-to-basics approach can work.

For instance, the mayors write, “According to our research, taking advantage of our community assets, geographic positioning and the strengths of our regional markets can help create over 400,000 jobs across the region by investing in renewable energy and energy efficiency upgrades to buildings, energy infrastructure and transportation assets.”

The price tag for their plan? “We calculate we’d need $60 billion per year over the next 10 years in the form of federal block grants to local governments, state utilization of tax credits and leveraging of lending programs and strategic equity investments to serve as both catalysts and guarantors of the innovation required to regenerate our communities,” the mayors write.

The Ohio mayors, all Democrats, who are co-authors are Jamael Tito Brown of Youngstown, Nan Whaley of Dayton, Andrew Ginther of Columbus and John Cranley of Cincinnati.

The piece leads with Mackovak, on the first Friday night in November, sitting “outside his Cleveland home smoking a cigar, contemplating the ruin in his portfolio.”

It had been a brutal year and he’d just taken another beating. The day after the U.S. election, the Nasdaq Bank Index he uses as a benchmark suffered its worst underperformance against the S&P 500 since 1987. Mr. Mackovak no longer saw a path to the higher interest rates that banks need to make more money in the coming years. “It was a gut punch,” he said.

But by the following Monday night, the Journal says, Mackovak “believed the industry was saved” with the announcement that Pfizer Inc. was making major progress on a COVID-19 vaccine. The Nasdaq Bank Index had its best day since 1984 and, as the piece notes, Mackovak, not a regular smoker, “took out another cigar — this time a Cuban.” He tells the paper, “It’s very unusual to have two paradigm shifts in six days.” His story is illustrative of a year that “will go down as one of the most volatile — and likely one of the worst — for bank stocks on record,” the Journal says.

The index for the biggest banks, the KBW Nasdaq Bank Index, is down 22% for the year. It remains on pace to underperform the S&P 500 by more than any year on records going back to 1993.

“This is a cry for help, a rallying cry.”

That’s how Dr. Tomislav Mihaljevic, CEO of the Cleveland Clinic, in this New York Times story characterizes a new ad campaign from about 100 of the nation’s largest and best-known hospital groups that aims to counter public resistance to mask-wearing.

The campaign, in print and video, launched last Thursday, Nov. 19. Mihaljevic, who led the campaign, tells the Times it’s intended to recognize health care workers’ fatigue in dealing with the eight-month-long pandemic in the United States.

One of the campaign’s main messages from front line health care workers: “Our shields are worn. Our resolve is being tested.”

The Times says the message “beseeches Americans to protect everyone, including those on the forefront of the battleground in so many states where incoming patients are waiting for beds in overwhelmed hospitals with staff members fatigued from the unrelenting march of death during the pandemic.”

The groups wrote an open letter on Thursday, recommending that people “celebrate responsibly in a scaled-back fashion.”