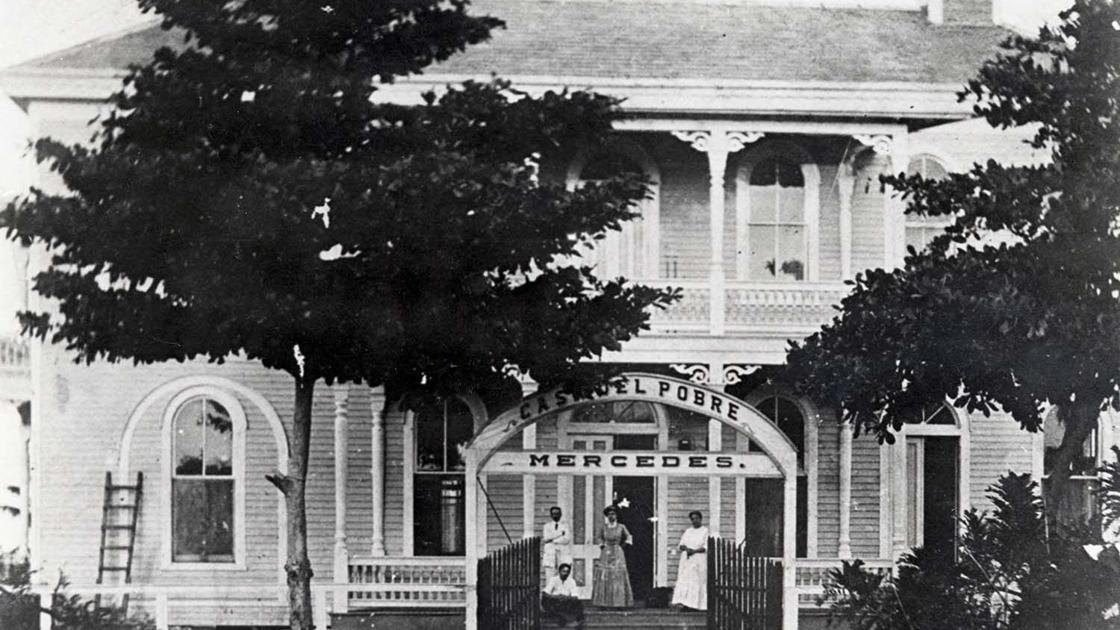 1855: William Hackley, 50-year-old married attorney, recorded in his diary: Rose at 4:30. Shot 1 Teal, 1 Shoveler Duck and 1 Sora. Returned and bathed. At 9 a.m. barometer 29.53, thermometer 84, wind northeast 3, clouds 4. Paid Captain Welch for 1 child’s carriage $5.50, for eylet press $3.50, 2 boxes eyelets $.75, freight on flour and candles $1.50, I tin pudding boiler $1.25 and freight on carriage $1.58. At 4 p.m. barometer 29.46, thermometer 88, wind northeast 2, clouds 2. At 8 p.m. a heavy rain squall came up and blew fresh. The steamer Isabel got in about 5. Wrote to Mother.1868: Carlos M. De Cespedes started a revolution on his estate near the city of Bayamo. This was crushed by the Spanish government, which led to the first mass Cuban migration to Key West and the establishment of the hand-roll Cuban cigar business in Key West using the clear leaf Cuban tobacco.

1896: May Johnson, 20-year-old single school teacher, recorded in her diary: Rainy, Sat. Oct. 10, 1896. I arose 7 o’clock, dressed, did work, had breakfast, finished work, wrote to Bertha, washed head, wrote to Corinne, crocheted until dinner, had dinner, dressed, Lena and I went to La Brisa, “City of Richmond” did not come in, so disappointed, came home, crocheted until 11 o’clock. VERY MUCH DISAPPOINTED.

1911: The Cuban Community celebrated the anniversary of the Cuban Revolution with a parade, ball at the Cuban Club and dedication of Mercedes Hospital for the poor. The hospital was in the former home of Edwardo Gato, who donated it in memory of his wife, Mercedes.

1924: A grand pageant and parade was held for the dedication of the new San Carlos building on Duval Street. The parade contained many beautiful floats, including a replica of the Battleship Maine.

1932: Dr. Domingo Mendez Capote, former vice president of Cuba, was the principal speaker at the celebration of “El Grito de Yara” held at the city cemetery.

1936: After unveiling a plague memorializing Jose Marti at the San Carlos, officials and members of Cuban Navy, led by the Cuban Marine Band, marched to the Battleship Maine plot in the city cemetery, where a brief ceremony was held.